American Navia Robinson is a child actress. Robinson is renowned as Nia Baxter of the TV series, Raven's Home and D'Asia of Being Mary Jane. She is currently single.

Apart from that, she is focused on her acting career. Her Instagram posts suggest that she likes to be clicked perfectly. Also, she shares a very strong bond with his family, especially with her mother.

She loves listening to a bed-time story from her mother. 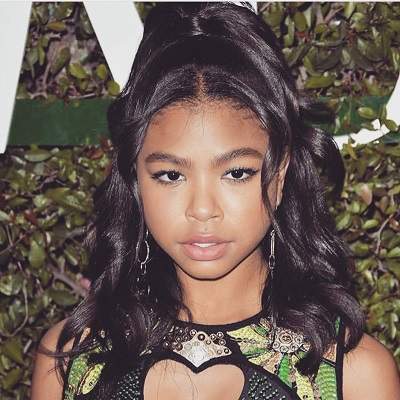 Who is Navia Robinson?

Navia Robinson is a child actress. Robinson is renowned as Nia Baxter of the TV series, Raven’s Home and D’Asia of Being Mary Jane.

Navia Robinson was born Navia Ziraili Robinson on the 4th of May 2005 in Marietta, GA. Her mother, Lisa Butler Robinson is of Northern British ancestry.

She has two siblings, Maz and Gianni Robinson.

She attended Shallowford Falls Elementary School in Marietta, Georgia. As a child, she has a strange affection for acting.

Hence, in order to pursue acting, she attended various acting training classes and workshops in Atlanta, Georgia, and Los Angeles.

She started her career as a child artist at the age of 9 with the series, Being Mary Jane. In the series, she played the character of D’Asia.

The series was based on the life of the young black woman who happens to be a talk show host and her’s work and family. Her first series turned out to be a milestone in her career.

At the same year, she was cast in the series, Raven’s Home as Nia Baxter. Currently, she is associated with the series. Till the date, she has completed 70 episodes.

She is a black-eyed brunette. Her height is 4 feet and 9 inches and weighs around 46 kg.

The child actress has not been in any sort of controversy that created a buzz in media till the date.

She is active on Twitter with the handle, @NaviaZRobinson with 17.2k followers and 1.1million followers on Instagram.

She also has a self-titled YouTube channel with 21.5k subscribers and 177k views.