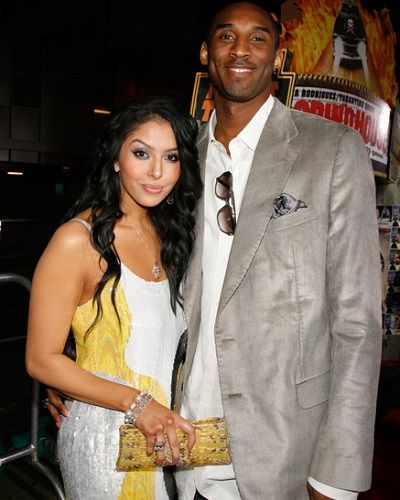 Vanessa Laine Bryant is a model, a media vixen, and businesswoman. But she came to fame when she tied the knot with the basketball player, Kobe Bryant. Now she is also an Instagram star with above 1.3 million followers. They met most probably in the year 1999.

Venessa was engaged to Kobe when she was just eighteen years old and was studying in high school. After that, she was seen attending games and social events. The couple married on April 18, 2001.

Soon in 2002, she became pregnant and in January 2003, she gave birth to their daughter named Natalia Diamante. After six months of having their baby Natalia, negative news about Kobe started making the headlines. A 19-year-old(currently she is 33 years old) hotel worker, Katelyn Faber in Colorado accused him of sexual abuse. Kobe was also heard telling,

“If it becomes public. I’ll lose my wife … and all my endorsements.”

After becoming public, he apologized to his wife for having an extra-marital affair. But after three weeks of filing suit, that woman dropped the case as she did not want to continue further. Kobe said to that woman,

“I didn’t force her to do anything against her will. I sit here in front of you guys furious at myself, disgusted at myself for making the mistake of adultery. I love my wife with all my heart. She’s my backbone.”

After that woman canceled to proceed the case, their relationship took off and started living normally. They had their second child, Gianna Maria-Onore Bryant in 2006.

But again in the year 2011, Vanessa filed for the divorce citing “irreconcilable differences”. Then in January 2013, she announced via her social media handle, Instagram that the couple has called off the divorce which was again confirmed by 39 years old, Kobe via his Facebook.

“I’m so excited to see what God has in store for us as a family now that one chapter is closing and new ones are opening.”

The couple had their third baby Bianka Bella in 2016.

You may like to read Where Is The Couple Nick Viall and Vanessa Grimaldi Split? Are They Still Dating Or Have Split-Up? Let’s Find Out About Their Relationship

In the 90th Oscar Award ceremony, he won the Oscars for the animated short category for short animated movie, Dear Basketball. It is a movie based on the poem which he wrote after retirement in the year 2015. The director of the movie Glen Keane is also very happy as Kobe shared his award with him. Read More…

Vanessa Laine Bryant is an American model and businesswoman. Additionally, she is the wife of former Los Angeles Lakers guard Kobe Bryant. She has also appeared in ‘Keeping Up with the Kardashians’. More bio…

Controversy Queen, Molly O’Malia has gained a lot of negative popularity after she was in contact with the rapper Tyga. Also her childhood was traumatic
Tags : Basketball player Dear Basketball Model NBA Oscar