Posted by MarriedBiography Last Modified March 24, 2020 | In Divorce , Net Worth
Share this 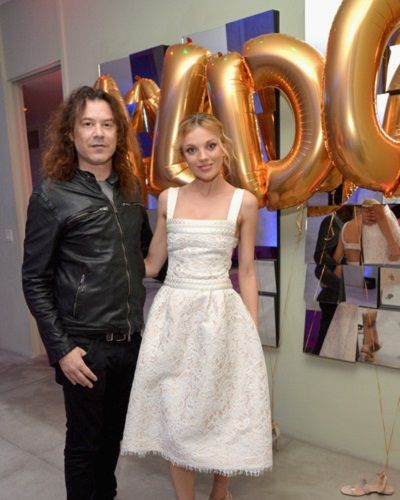 Not all relationships and marriages work out. The Israeli-American model Bar Paly divorced with her Canadian director husband Ian Kessner after being married for a decade.

Bar Paly married Ian Kessner on 10th February 2007. Ian is a Canadian director who co-wrote screenplays Generous Heart Inc., and Chaotica. Her ex-husband is Jewish and she revealed that it was important for her to marry a Jewish in order to preserve their tradition.

But it was not her priority. Being married for a decade, they didn’t have any children. In the year 2018, Bar filed for divorce. She revealed the reason for their divorce as irreconcilable differences.

Likewise, she has left open the option to request spousal support at a later date. Both Bar and Ian have not disclosed much about their divorce. They seem to handle the matter privately.

Also read Top 5 Most Expensive Wedding Of Hollywood Which Later Converted To Divorce; From Tom Cruise And Katie Homes To Heather Mills and Paul McCartney

Since her divorce with husband Ian Kessner, Paly has been private about her life. She is possibly single as she has not been linked with anyone.

At present, she is working in the recurring role of Anastasia “Anna” Kolcheck in NCIS: Los Angeles. On 23rd February 2020, she posted a picture of her return in NCIS.

On 21st April 2019, Bar posted a picture of a new beauty product of Maryanna Nardone. She claimed that the products are magic in a bottle. Bar wrote,

“This #PlantBased Stabilizing PH #Tonic gives you that extra cleansing (after wearing makeup & sunscreen all day) and removes excess oil while restoring your skin’s #PHbalance.”

“Leaves my #skin#plump, #glowy & I can’t get enough of literally watching those pores shrink. I mean, just look at that #selfie, not bad for a 52 year old, right?”

On 27th March 2018, Bar appeared on the cover of Magazina Israel. She has also modeled for Pnaiplus magazine.

Paly has been working as a model since the age of 17. Likewise, she has appeared in several magazines as a cover girl. Those magazines are Maxim, Rolling Stone, and GQ.

Bar Paly is a Russian-born Israeli-American model and actress who is best known for her working as a model with various brands and designers and appearing in films Pain & Gain (2013) and Million Dollar Arm (2014).