Model and Television actress Crystal Renay is the wife of singer Ne-Yo. The couple is also the parent of a baby boy. Recently, they shared a good news as Crystal is expecting their second baby.

Crystal also talked about her life before she came to the limelight is Florida. She also described her life journey from childhood poverty to the LA mansion. Read the full story here:

Crystal Renay accepting the second baby with her husband Ne-Yo

Happiness is knocking the door of singer Ne-Yo and model Crystal Renay. The couple is expecting their second baby together. Crystal confirmed the news to E!:

“We are so excited! This definitely wasn’t in the plan and we weren’t trying at all!”

The duo welcomed their first child as a baby boy Shaffer Chimere Smith Jr., back in May 2016. it was just after the 1 month of their marriage in LA. Crystal is also the mother of son Mason Evan and daughter Madilyn Grace from Ne-Yo’s previous relationship.

The duo also said that their kids “going to be so excited” about their upcoming fourth sibling. As the couple has not yet found the gender of the baby, they announced:

“This gender reveal party is going to be epic,”

Moreover, the duo also talked about their baby name:

“We have had names for our angels since before Shaffer Jr. was born so, yes, we are all set on baby names.”

Crystal also revealed that the further family expansion depends on the gender of their upcoming baby. The duo explained:

“That completely depends on the gender of this one. If it’s a girl then the shop is closed but if it’s a boy then we have to do it again! I’ve been dreaming of the same little girl since I was a little girl and we won’t stop until we get her!”

Crystal lives in a mansion in LA with her husband and children. But things were not same before. Crystal grew up with little money in Florida till she moved to Los Angeles in 2011.

She then started her modeling career and then made her debut in television. After getting into the fame and limelight her lifestyle took a drastic change.

With her growing career, love of her life came to her door. She met singer Ne-Yo with whom she tied the knot in February 2016 in Palos Verdes, California. The duo welcomed their first child after a month.

She described her childhood to Dailymail saying:

Moreover, she also revealed that she started supporting herself at a young age by working in the medical field before she took up modeling.

Though she lives the luxury life, she is still down to earth and family oriented. Furthermore, she explained:

Crystal Renay is an American model best known as the wife of singer-songwriter Ne-Yo. She married Ne-Yo in February 2016. She gained fame as a model and a social media personality. Currently, she is popular on various social media platforms like Instagram and Twitter. She has more than 300k followers on Instagram. Similarly, her Twitter account has more than 2k followers. See more bio… 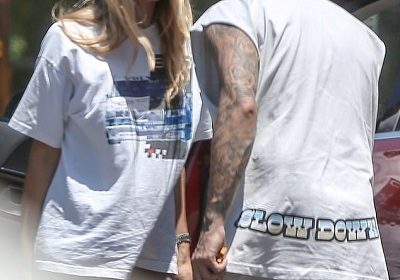