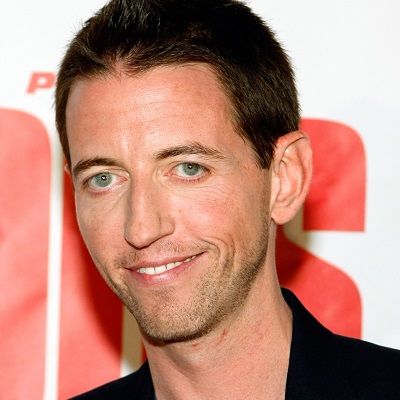 I'm never going to be more successful than I've been in the past two years. I have a better chance of being eaten by a shark. I'll never be famous, but I've got financial success. People in show biz seem to want to work with me. And I get to control the stuff I write. Fame gives you noise. It gives you a lot of [mimes screaming], which is fucking worthless. I have a girlfriend I love, so I can't use it to get women. It's not like Dave and I got laid because of Chappelle's Show (2003). He was married, and I'm... pale.

The relationship is charred. I don't think Dave ever wants to be in showbiz again, and I wouldn't want to work with him. We did the best thing we could have possibly done, and it still ended terribly. What else is there to do?

Other than that, he shares a good bond with other comedian friends. He is an animal lover as well.

On 15th February, he shared a picture of him hugging a dog and wished the dog ‘Happy Valentines Day’.

Who is Neal Brennan?

Neal Brennan is an American professional comedian. Neal is also a well-known writer, producer, and director.

He is best known for co-creating and co-writing the Comedy Central series Chappelle’s Show.

As of 2019, he worked as a writer and performer in Comedians of the World.

Neal Brennan was born on 19th October 1973 in Villanova, Pennsylvania, US. His family was Irish Catholic.

He has nine elder siblings, five brothers, and four sisters. His sister Sheila Krezwick is a computer teacher.

Neal revealed that his father’s side of the family was very funny.

When he was 8-9 years old, he used to perform planned material for his classmates. During his high school, he used to watch a huge amount of comedy and often stayed up late at night to watch Late Night with David Letterman and Arsenio Hall Show.

Similarly, his older brother Kevin became a comedian and writer. Neal used to attend his brother’s stand up comedy at The Improv in New York City.

After that, he moved to New York and attended film school at New York University in Lower Manhattan.

However, he did not complete his education there and dropped out after a year. He started working as a doorman at the now-defunct Boston Comedy Club in Greenwich Village.

After working as a doorman for six months, he finally performed his first stand-up in 1992 at the age of 18.

His recent work as a writer is in 2017 Neal Brennan: 3 Mics and Comedians of the World.

His work as a director includes in Seth Meyers: Lobby Baby, Madden ‘Bring It In’, The Greatest Play Call Ever, Neal Brennan: 3 Mics, Inside Amy Schumer, New Girl and Totally Awesome.

As an actor, Neal featured in Black Jesus, Historical Roasts, Comedy by Blake, Home for the Weekend, The Female Brain, Inside Amy Schumer and Chappelle’s Show.

Neal has brown hair and green eyes. He is 5 feet 9 inches tall and weighs around 68 kg.