American-Irish actor and producer who is active in the industry since 1990.

Neal McDonough’s relationship status at present is a married man. He exchanged vows with a model Ruve McDonough on 01 Dec 2003.

They first met each other at the time when Neal was doing Band of Brothers. Together this couple has five children, three daughters & two sons.

Neal along with his wife plus kids lives in Tsawwassen, British Columbia. 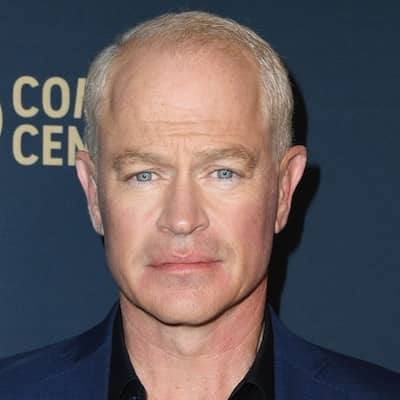 With four kids, it's hard to watch anything other than 'Sesame Street.'

The great thing about 'Justified' is that the writers will craft a scene, but if the actors come up with a great idea, they're 100% for it.

Graham Yost is a genius, and I know that very well because we worked together on 'Band of Brothers' and 'Boomtown.'

Who is Neal McDonough?

Neal McDonough is an American-Irish actor and producer who is active in the industry since 1990. Neal McDonough was seen in projects like Band of Brothers (2001), Boomtown (2002–2003), Suits, Justified, and many more.

Two of his project 2 Men & a Pig and Drops of Jupiter are in the pre-production stage. His action-crime movie The Jesuit is completed and will hit the theater soon.

Neal as a producer has put money into seven projects. His upcoming movies are They Might Be Kennedys, 2 Men & a Pig, Drops of Jupiter, Boon, and Red Stone.

His birthdate is 13 Feb 1966 and he was born in Dorchester, Boston, Massachusetts, the United States.

The name of his mother is Catherine McDonough and his father’s identity is Frank McDonough.

Further, Neal’s ancestry is Irish and has two brothers Gerard McDonough plus John McDonough. He has other two brothers plus a sister.

As per his academics, he passed out from Barnstable High School.

Then he enrolled at Syracuse University to study Bachelor of Fine Arts. His theatre training was done in the London Academy of Music and Dramatic Art.

Neal McDonough since joining the entertainment industry has made many hit appearances in several projects. The list of his popular TV series is,

The movies that increased his fame are,

By the 2022’s data, he has accumulated a net worth of around $7 million which is an estimated amount.

However, his salary and other earnings are not yet calculated.

This cast of miniseries Band of Brothers is keeping himself away from scandals as well as rumors. He is committed to his wife and had specifically said that he won’t do any sex or kissing scenes.

Due to this condition, Neal lost his part in the TV series Scoundrels.

Neal McDonough’s height is 6 ft and his body weight is 73 kg. On top of that, his hair turned in grey, and has light bold blue eyes.