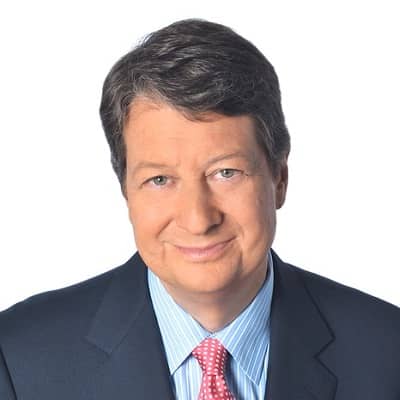 Neal Shapiro is married to Juju Chang. His wife is an ABC News correspondent. Their wedding date is 02 Dec 1995 and they have three kids.

Who is Neal Shapiro?

Neal Shapiro is an American TV producer. He is currently the President and CEO of a TV station WNET.

Previously, he has worked with networks like ABC and NBC.

Neal Shapiro was born on March 09, 1958, in the United States. His mother and father’s names are not yet published. Neal belongs Jewish ethnic background.

Regarding his academics information, he attended Bethlehem Central High School. Then he enrolled at Tufts University and got his degrees in history and political science.

Neal Shapiro joined ABC after finishing his University degree in 1980. He worked with them till 1990 and has produced Prime Time Live. Then he joined NBC and became the executive producer of Dateline NBC.

This show has won 25 Emmy Awards, 19 Edward R. Murrow Awards, three Columbia-DuPont awards, and a Gerald Loeb Award. Because of Neal’s contribution, in 2001, he was appointed as the President of NBC News.

After working with NBC, he then was appointed as the CEO of WNET. There he made a show titled Worldfocus. This show focuses on international news and reporting. The other projects he was associated with are New York War Stories, New York Goes to War, Need to Know, and A Cry for Help: A Generation at Risk?

Other Works and Awards

This producer has an estimated net worth of $1 million US. But he hasn’t disclosed any details about his salary and earnings.

Recently the employees of WNET demanded the exit of Neal. A total of 41 staff said that he hasn’t done anything to improve their working conditions. He is also accused of racism.

Regarding Neal Shapiro’s body features, he has light brown eyes and grey hair. His height and body mass are unknown.