Neekolul is mingled. She is currently in a romantic relationship with Nick Brotman. Nick is a talent manager by profession.

Further, she keeps a low-key profile of her boyfriend. Also, she hasn’t disclosed anything regarding her past relationship. 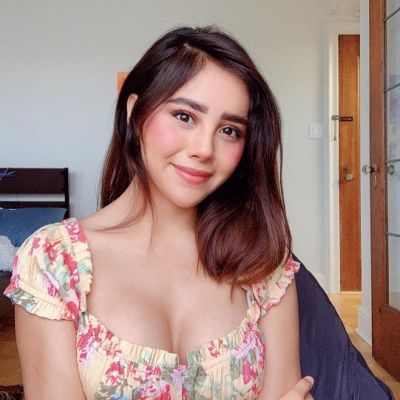 Neekolul is a social media personality who is best known as a Twitch streamer and Tiktok star.

She came into the limelight of the media when she uploaded a TikTok featuring her lip-syncing to the song “Oki Doki Boomer”.

Neekolul was born on July 14, 1997, in California,  United States. Her birth name is Nicole Sanchez. According to her birth date, she is 24 years old as of 2021. Her Sun sign is Cancer.

Nicole keeps a low-key profile of her parents. She has a brother whose name is also unknown. Talking about her education, she had studied business and marketing.

She holds an American nationality whereas he is of mixed (Mexican and Portuguese) descent.

In October 2017, Neekolul created a Twitch account under the username “neeko” and started streaming in both English and Spanish language. As of now, her account has more than 400k followers.

At the age of 7, her parents gifted her a PlayStation console and since then she has been into gaming. Similarly, she has four YouTube channels under the name “notneekolul”, “neekolulz”, “neekolul shorts”, and “neekolul”.

Under the ‘neekolul shorts’ channel, she uploads her short videos where she has garnered over 1.07k subscribers till now.

Neekolul uploads her makeup tutorial videos on her ‘notneekolul’ where she has over 4.32k subscribers. Similarly, her main channel has garnered over 78.4k subscribers to date.

On March 2, 2020, she went viral after she posted a lip-syncing and dancing video on the Senzawa song “Oki Doki Boomer” on Tiktok. Within 4 days the video received over 6 million views however, it was later removed due to a copyright takedown.

Furthermore, she joined the roster of an American lifestyle brand and esports organization 100 Thieves as a content creator. She also took part in the 2021 PogChamps tournament organized by chess.com and was the winner of the consolation bracket.

Sanchez was arrested for corporal injury in 2018 and spent a night in prison. In March 2021, she released a statement saying that she had been a victim of domestic abuse for seven years, including physical beatings by her former partner.

She earned through the streamer and also endorses the promotion of various brands.

The internet sensation has a well-maintained body physique. She stands at the height of 5 feet 5 inches tall and her weight is about 58 kg.

Likewise, she has a light brown pair of eyes and dark brown hair color.