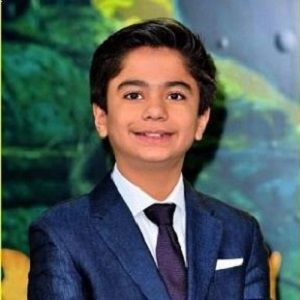 Neel Sethi is just 16 years old so not much can be talked about his past or present relationships. He has a bright career left ahead of him and has plenty of time to get involved in relationships as he pleases.

Who is Neel Sethi?

Neel Sethi is an Indian-American actor who debuted in Hollywood through John Favreau’s ‘The Jungle Book’ in 2016.

He portrayed the role of the main character Mowgli in the movie.

Neel was born in New York City, New York on December 22, 2003. His nationality is American and ethnicity is Asian.

His mother’s name is Cheena Sethi and his father’s name is Sam Sethi. Both of his parents are dentists. He comes from a Punjabi family background.

The educational background of Neel is not known at the moment. He is currently enrolled at an Elementary school.

‘The Jungle Book’ is the one and an only big-screen project that Neel Sethi has been part of in his career. He was also part of a short comedy project ‘Diwali’ in 2013. He also has a credit to his name for providing the soundtrack for ‘The Jungle Book’.

Neel was selected to play the role of Mowgli among more than 2 thousand children who auditioned for the role. He is the only human character in the movie ‘The Jungle Book’ and all the other celebrities only provide voices for the movie.

Neel follows Hinduism and likes playing football, basketball, and baseball. He told in one of his interviews that Chris Evans and Matthew Perry are his favorite actors and Priyanka Chopra is his favorite actress.

Neel Sethi: Salary and Net Worth

Rumors or controversies involving this teen actor has not emerged as of now.

Neel Sethi has a height of 4 feet 8 inches. His body weighs 35kg. He has black hair and dark brown eyes.