Updated On November 23, 2022 | Published By: James
Share this
Single 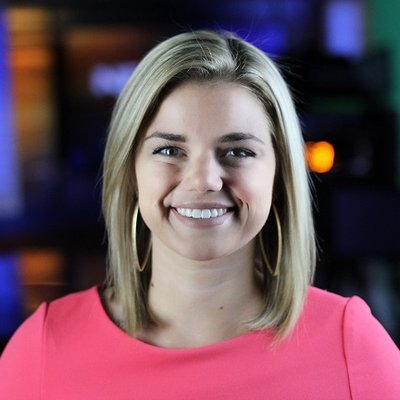 What is the relationship of Neena Pacholke?

Neena was in a relationship with fiancé Kyle Haase at the time of her death. According to the daily mail, she killed herself after her fiancé broke up with her just seven weeks before their marriage. Neena had told one of her friends that she returned to the house she shared with fiancé Kyle Haase and found an unfamiliar pair of panties.

Eventually, she was found dead in the $390k home she and Haase had bought in Wausau, Wisconsin.

She was only 18 years old when she had her first love, Jordan Harris. Un who had passed away. However, her high school sweetheart died in 2016 due to a rare form of brain cancer.

Who is Neena Pacholke?

Neena Pacholke was an American news anchor and reporter who recently passed away after committing suicide. She was an anchor, reporter, and producer for Waow News 9.

What are the birth facts of Neena Pacholke?

She was born to her mother Laurie Pacholke and her father Aaron Pacholke. Her mother was a collegiate basketball at Valparaiso.

Neena had one older sister, Kaitlynn Pacholke who was pretty close to her. Kaitlyn was a basketball player at Newberry College and an assistant basketball coach at the University of Southern Mississippi currently.

She is of American nationality and her birth sign is cancer.

As per academics, she completed her schooling at Freedom High School, Tampa, Florida where she played college women’s basketball. She then attended the University of South Florida and got her degree in Arts and Sciences, Mass Communication in 2017.

Neena Pacholke: All about her Career

Before coming to TV channels, she first had a basketball career. In high school at Freedom High School in Tampa, she played four years of basketball appearing in ten games, and playing fourteen minutes in the 2013-14 season. She scored her first career basket, a three-pointer on January 29 vs. Houston. In 2014-15, she played six games, appearing for eight minutes.

After that, she worked at NCAA as a broadcast intern. In 2016 she did a 4-month internship as a videographer/producer at Cumulus Media. From 2014 to 2017, She served as an event coordinator at Tampa Palms Compton Park. She also worked as an intern for 95.5 WPLJ radio stations and Motiff cancer center before she started working for Waow News 9 as an anchor, reporter, and producer.

She became a co-anchor on Wake-Up Wisconsin and produced and anchored the broadcast at 11 a.m in February 2019. Since then she had been continuously doing that work with greater dedication and immense passion until she decided to take her life.

As she is a bit of sport, particularly basketball, she might have changed her news anchor role to sports news reporter, if she had been alive.

Pacholke had an estimated net worth of around $1M at the time of her death. She earned an annual salary ranging from $ 20k-$100k.

Neena Pacholke: Death, Cause of Death

Pacholke was devastated from inside when her high school sweetheart, Jordan Harris died in 2016 due to a rare form of brain cancer. She was only 18 years old when she had her first love who had passed away.

However, her family gave everything to support and cherish her. Even her close ones say she was a kind person with a big heart who always smiled. In reality, it seems she was going through a lot which might be the reason behind the irreparable incident on August 27, 2022. She was found dead at a Wausau residence.

Pacholke stood at a height of 5 feet 7 inches and weighs around 60 kg. Likewise, she had blonde hair and hazel color eyes.