Neil Arce at present time is a married man and is the father of a child. His son’s name is Joaquin Arce but the details of his birth and mom are not revealed.

He exchanged vows with his longtime girlfriend Angel Locsin on 07 Aug 2021.

His wife is an actress, film producer, & fashion designer and they met each other in the year 2017. Their romance rumors were in the news but at first, they did not accept. Then in 2018, they officially announced that they are a couple.

After a year, they got engaged and on their wedding day, they only have around 10 loved ones.

Neil was dating actress Maxene Magalona for two years from 2010 till 2012. After this, he was seen with another actress/model Bela Padilla.

They started to see each other in 2012 and romanced for five years till 2017. 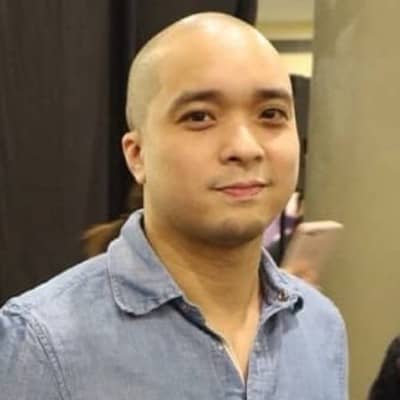 Who is Neil Arce?

His full birthdate is unknown and he was born in the Philippines. But he celebrates his birthday on March 15 every year. The name of his mother and his father’s identity is not disclosed.

But his family has a business producing quality icecreams in the Philippines. The business was commenced by his granddad Ramon Arce.

Further, Neil’s ancestry is Filipino and as per his academics, he passed out from De La Salle Santiago Zobel. Then he enrolled at De La Salle University.

Neil Arce’s family business is doing well and he is also a successful poker player. He holds shares in The Metro Card Club, which is considered one of the Philippines’ most successful poker clubs.

By the 2022’s records, he has an estimated net worth of $3.4 million. However, his per month salary is not yet revealed.

This poker player/producer is keeping himself away from scandals as well as rumors.

Neil Arce’s height and body weight are of average shape. Furthermore, he has black hair and eyes in dark brown color. He likes to keep his head shaved.

Neil is officially present on social sites such as Instagram and Facebook with over 283k and 10k followers respectively.

He along with his wife runs a YouTube channel titled The Angel and Neil Channel that has over 827k subscribers.

But he is not available on Twitter or TikTok.