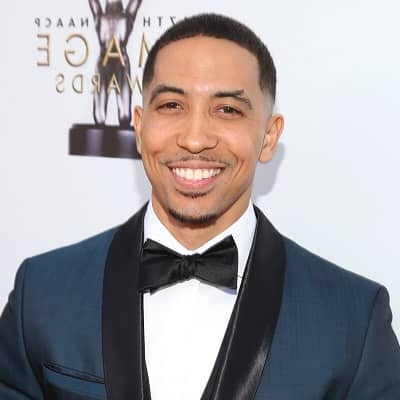 My wife never got the proposal, wedding or honeymoon that she deserved. We were so young, had no money and spent our wedding night in the hospital. I always wanted to do it the right way. I prayed for guidance.

Neil made my wedding day unbelievably amazing. My father finally got to walk me down the aisle and give me away to the most loving, caring, giving, smart, handsome man in my world!

The couple tied the knot on April 23, 2000. They are blessed with two sons: Colin Brown and Ethan Brown.

In late June 2018, all family went out to Los Angeles to celebrate their youngest son’s graduation. Neil then planned the re-propose to his wife Catrina after 18 years of marriage. He proposed to her with the Blue Diamonds ring in Long Beach.

They remarried with a fairytale wedding ceremony in May 2019, in Newhall Mansion in Piru, California.

As Neil says Catrina has always dreamt of it and he wanted to do it in the right way. They had no money before and had spent their wedding night in the hospital.

Who is Neil Brown Jr?

Neil was born on June 19, 1980, in Orlando, Florida, United States. He holds an American nationality and has African-American ancestry.

His father Cornelius Brown is a US Marine, Likely, his mother’s name is Carrie Brown, an insurance underwriter. He has a sister named Landi Brown.

Neil finished his graduation from Oak Ridge High School, in 1998.

Neil got his first role in movies by his luck. Producer Patty Thomas Robinson walked into his karate Dojo and was searching for a kid in the TV series WMAC masters. He saw Neil performing and was cast for the series. Neil was just 14 yrs old when he has his first on-screen appearance on that show.

He is popular for playing Guillermo in the television series the Walking dead and as Felix on the short-lived South beach on the former UPN. The actor also played DJ Yella in the 2015 biopic Straight Outta Compton. In 2017, the actor get selected for the role of ray Perry in the CBS show SEAL Team.

The movie landed him the mother role of Malik Zon in  Fast & Furious. His latest work was playing as Rafael Pérez in City of Lies and as Beauchamp in Bayou Tales in 2019.

The actor has amassed a net worth of around $3 million. He must have good earning from the movies as his portrayal movies were commercially very good.

Fast & Furious movie where he works was made under the budget of $ 38M and was able to earn commercially $207.3M in the box office. Likely World Invasion: Battle Los Angeles collected 211.8M with a budget of $70M.

Neil has maintained a clean profile without facing any rumors yet. Likely, he also stays far from any such controversial incident.

Neil stands at a height of 5 feet and 9 inches and weighs 70 kg. He has black colored hair and eyes.

Likely he has a split in the right eyebrow from a car accident when he was four yrs old.

You may also read the bio of Joshua Bassett, John Finn, Michael Cassidy, and Scott Bailey.