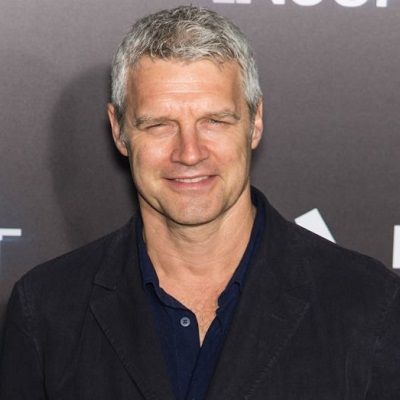 I know the movies that I've liked, and I know the experience that they've given me, so the goal is always to try to create a movie that I would like myself and that would knock me out, challenge me or intrigue me in some way. That's been my criteria for figuring out what I want to do, or also when I'm writing something or creating a scene.

I really love New York, and I've lived here for a long time. I know not just the different neighborhoods but the different kind of class cultures in New York from the up-and-coming, down-and-out kind of artist to the powerful worlds of finance.

They married on 30th June 1997. At present, he resides in New York City with his wife and family.

They have a son Lukas Burger. He turned 21 years old on 9th March.

Who is Neil Burger?

Neil Burger is an Award-winning International movie director-producer. Neil is well-known for the fake-documentary, Interview with the Assassin.

Very soon he is going to direct the young adult Sci-Fi film Voyagers at the AGC Studios.

Neil Norman Burger was born in 1963 in Greenwich, Connecticut, the USA to Mr. and Mrs. Burger.

He has an elder sister, Sherrill Kellam born on 30th January. Recently Neil shared a message on Sherill’s birthday.

He graduated from Yale University, New Haven, Connecticut with a degree in Fine Arts.

In the 1980s, he was involved with experimental movies and directed a few music videos for alternative artists like Meat Puppets.

Neil has directed many commercials for companies like Mastercard, IBM, and ESPN.

Likewise, he is involved with Amnesty International and ‘prisoners of conscience’. And has created a series of television spots for them.

In the year 2002, he made his directorial feature debut with a film Interview with the Assassin. His follow up feature was The Illusionist.

He also directed the 2008 post-Iraq War indie drama The Lucky Ones. In the year 2014, he directed Divergent based on the novel by Veronica Roth.

His 2019 film direction was on The Upside which was the remake of the French hit The Intouchables, known in U.K as Untouchables.

The next feature film of Neil is going to be about young adventurers in the Sci-Fi film, Voyagers.

Neil will direct the film and AGC Studios will finance and co-produce it. The film Voyagers will focus on 30 children sent into space on a multi-generational mission to reach and populate a newly discovered planet.

One of his awards was Interview with the Assassin. It won the Best Feature Film category at the Woodstock Film Festival and Avignon Film Festival.

How much is Neil Burger’s Net Worth?

His film The Lucky Ones grossed over $160 million US worldwide, and Divergent grossed $280 million US.

Neil has light hair and blue eyes. He is 6 feet tall.