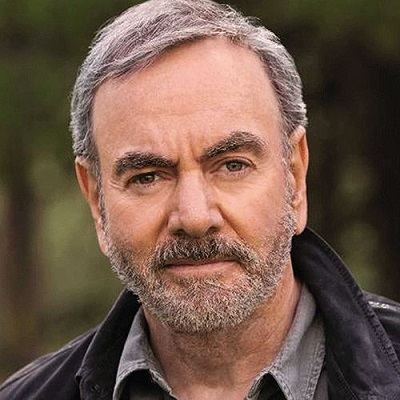 My voice is unadorned. I don't try for perfection. I try to be honest and truthful and soulful with the voice I have. If I make mistakes in notes, or there are cracks in notes, I don't fix them. That's the way it is.

I never expected that I would be doing this for as long as I've been doing it. So looking back and seeing that it's been over 40 years since the first hits makes you think, "Is there a time that you stop?". But I don't think I'm ever going to stop. It's the only challenge I have left in my life.

Neil Diamond is married to Katie McNeil. His wife is a producer by profession. The couple has an age difference of 29 years.

The lovebirds got married on the 21st of April 2012 in Los Angeles very quietly in front of their family and friends. They got engaged on the 7th of September 2011 and announced the big news via Twitter.

Previously, Neil was in a longterm live-in relationship with Rae Farley started in 1996. They first met in Brisbane, Australia. However, they ended their relationship in late 2000.

Before that, he was married to Marcia Murphey. She is a production manager by profession. They got married on the 5th of December 1969. Together they have two sons, Jesse Diamond, and Micah Diamond. After 25 years of marriage, they parted their ways via divorce in 1965.

Neil was also married to his High school girlfriend, Jaye Posner. She is a school teacher by profession. The wedding took place in March 1963. Together, they have two daughters, Elyn and Marjorie.

Who is Neil Diamond?

American Neil Diamond is the best selling singer and Hall of Fame inducted songwriter. He is renowned for his Adult Contemporary Charts.

Neil Diamond was born on the 24th of January 1941 in Brooklyn, New York.

He has a brother, Harvey Diamond.

He completed his High School education from Abraham Lincoln High School in his hometown. At the time, he was also a member of the High School fencing team.

Later, he received a fencing scholarship at New York University. However, he dropped out of University to pursue music as his career.

Neil Diamond started his musical journey at the age of 16 with the guitar that he received on his birthday. During High School, he once attended Surprise Lake Camp. Under the musical environment in the camp, he got inspired to pursue a musical career as a singer and songwriter.

Moving forwards, dropping college, he joined Sunbeam Music Publishing as a songwriter of the music house. However, he lost the job after 16 weeks.

As a singer, in 1962, he first recorded four singles with his friend Jack. However, those records didn’t go well commercially but received excellent reviews. Later, he signed with the Columbia Records as a solo performer and released singles under the label but could not make it to charts.

Later, in the mid-’60s, he gave Cherry, Cherry that peaked at the 6th position of Billboard. After that, he wrote, Sunday and Me which was the first milestone in his songwriting career. Later, in 1969, he wrote and sang, Sweet Caroline which peaked at the 4th position in Billboard.

Moving forwards, he got the back to back hits like Hot August Night, Serenade, and Beautiful Noise. As of now, he has more than 45 albums. Also, he is popular with his musical tours and concerts.

Besides that, he is also active in the movies like Lost & Found, The Jazz Singer, and Keeping Up with the Steins as a singer. Also, he has contributed the soundtracks to various movies and TV series too.

Back in 2018, he came in the spotlight when he announced he is taking retirement from the live performance. However, he is active in songwriting and composing.

Through his music and acting career, he has made a net worth of $175 million. His net worth is attributed to the sales and royalties of more than 100 million records worldwide. Apart from that, the major source of his income is his music tours, concerts, and songwriting.

Talking about salary, his first job as a songwriter pays $50 per week.

Till the date, he has managed to be far from any sort of controversy that created a buzz in the media. Similarly, there are no rumors linked with him.

However, recently, he became the talk of the town, when he posted Sweet Caroline on YouTube with modified lyrics that spread awareness about COVID-19 Pandemic.

Neil Diamond has Hazel eyes with light hair. His height is 6 feet and weighs around 79 kg.

Who is Jayne Posner? Know about her married life with Neil Diamond, children, divorce, and biography