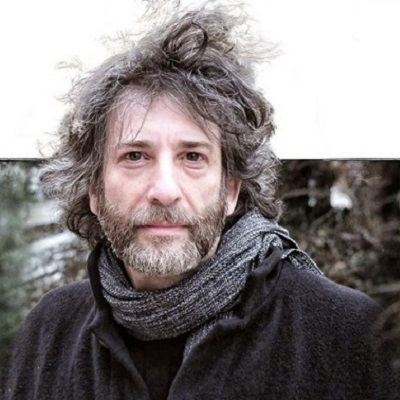 Talking about the relationship, Neil Gaiman was a married man. His wife, Amanda Palmer is a singer by profession.

They confirmed their engagement back in 2010. Later, they got married on the 2nd of January 2011.

Together, they have a son, Ash. However, the couple is going through a hard phase. Palmer has announced that they are going to get separated after 9 years of open marriage.

Prior to this, Neil was married to Mary McGrath. He met his first wife, Mary when he was studying Scientology in East Grinstead. Later, in 1985, they got married after the birth of their first son, Michael.

Together, they have 2 more children. However, they got divorced. Till the date, their divorce details are a mystery.

Who is Neil Gaiman?

British Neil Gaiman is multiple awards winning Author, Journalist, and Scriptwriter. He is renowned for his novels like The Graveyard Book, American Gods, and Stardust.

Last, in 2020, he contributed his script to the short, Rory’s Story.

As of now, he is engaged in  TV projects as a screenwriter. His TV series, The Sandman and Movie, Black Hole is at the stage of the pre-production.

Neil Gaiman was born on the 10th of November 1960, in Portchester, Hampshire, England. His father, David Gaiman was the head of the U.K. branch of the Church of Scientology. Also, his mother, Sheila Gaiman was a pharmacist by profession.

He is the eldest among his two siblings, Claire and Lizzy. They are of Jewish-Ashkenazi ethnicity.

While talking about the family, his great grandfather migrated to the UK before 1914. Later, his grandfather settled down in Hampshire and opened his own chain of grocery stores.

While talking about education, he has attended the various churches of England Schools that include Fonthill School. In 1970, he attended Ardingly College till 1974. Later, he joined Whitgift School in Croydon.

As a child, he used to love reading books, and stories used to devote his free time reading books. He used to send his days in the local libraries reading it.

– Neil Gaiman started his career as a journalist and used to write and conduct interviews. Later, he started writing books. His very first book was a biography, Duran Duran which took him three months to write which was published in 1984.

– After that, he wrote the second biography, Don’t Panic: The Official Hitchhiker’s Guide to the Galaxy Companion based on the biography of Douglas Adams.

– Later, he started writing the comic book. After his comic series, The Sandman turned him an established writer.

As an established writer, he has written books for all the ages group for the young group to the old group. Those books that are written for the young groups are mostly picture books. Some of his books for the young age groups include 2007- M is for Magic, 2008-The Dangerous Alphabet, and 2009- The Greenaway-shortlisted Crazy Hair.

Besides that, some of his books for the adult categories include the New York Times Bestselling book, 1995- Neverwhere, 1999- Stardust, and Nebula Award-winning books 2001- American Gods, 2005- Anansi Boys and Good Omens.

Besides that, he contributed his script at the other short movies like Rory’s Story, Marvel Knights: Eternals, and Nicholas Was.

Last, they were spending the lockdown together along with his son, Ash in New Zealand. However, he has returned back to his homeland to the UK.

Neil Gaiman has black eyes with black hair. His height is 5 feet 10 inches and weighs around 72 kg.

He has a self-titled YouTube channel with over 13.8k subscribers.