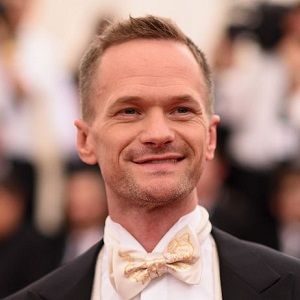 Rather than ignore those who choose to publish their opinions without actually talking to me, I am happy to dispel any rumors or misconceptions and am quite proud to say that I am a very content gay man living my life to the fullest and feel most fortunate to be working with wonderful people in the business I love.

I'm probably my biggest critic. I worry that if you spend any quality time reveling in good things then karma will slap you upside the head, so I try to stay as even keel as I'm able.

I loved Rent when I first heard it, but it grew on me and so did Tick, Tick... Boom. Some songs are more interesting than others and sometimes the ones that never stood out at first end up being the best to perform.

Neil Patrick Harris confirmed that he is gay on November 4, 2006. He exchanged vows with a famous American actor David Burtka. The couple began dating each other back in 2004.

Harris attended the Emmy Awards in September 2007 with his fiancé David Burtka and later confirmed their relationship.

The couple had twins; a son named Gideon Scott and a daughter named Harper Grace via a surrogate mother in October 2010. After ten years of their love affair, the couple got married on 6 September 2014.

Who is Neil Patrick Harris?

Neil Patrick Harris is an American actor, comedian, magician as well as singer, and composer.

He is best known for playing the title character as Douglas “Doogie” Howser on the TV series Doogie Howser, M.D. (1989–1993). He is also popular for playing Barney Stinson on the television series How I Met Your Mother (2005–2014).

He is also known for voicing the character Peter Parker/Spider-Man in Spider-Man: The New Animated Series (2003).

Talking about his early life, he was born on 15 June 1973. He experienced his childhood in Albuquerque, New Mexico, USA.

He is the younger son of Sheila Gail (mother) and Ronald Gene Harris (father). His parents were lawyers and also ran a restaurant. He grew up in Ruidoso, New Mexico with his parents and elder brother.

He is an American by nationality and he is of English, Scottish, and German ethnicity.

As per his education, he attended La Cueva High School in Albuquerque and graduated in 1991.

Neil Patrick Harris began his career as a child actor at the age of 15. He made his acting debut playing David Hart in the 1998 film Clara’s Heart. His performance in the film earned him a Golden Globe nomination that year.

The same year, he starred in Purple People Eater, a children’s fantasy. He appeared in several movies and TV films as a child.  He got his first big break in the TV film Doogie Howser, M.D. (1989–1993), in which he played as Douglas “Doogie” Howser.

In 1990, Neil won the “Young Artist Award- Best Young Actor Starring in a Television Series” for his performance in Doogie Howser, M.D. That same year, he won the “People’s Choice Award­ Favorite Male Performer in a New TV Series” for the same series.

He has appeared in numerous movies and TV films in his career. Neil began playing Count Olaf in the TV series A Series of Unfortunate Events (2017–present). He is also the producer of the series.

Neil has been a very successful actor in his career and he has accumulated a net worth of $40 million throughout his successful career.

For the shoe How I Met Your Mother, this actor used to receive $225,000 per episode.

Talking about the rumors and controversy, there was news that he slammed James Woods. He was dragged into a controversy in the 2015 Oscar ceremony when he made jokes about diversity at the Academy Awards, for which he was criticized by most of his fans and audience.

Moving towards his body measurements, Neil Patrick Harris has a good height of 6 Feet (1.83m) and his body weight is 72kg. He has blonde hair color and his eyes are blue.

Neil is active in various sorts of social media.