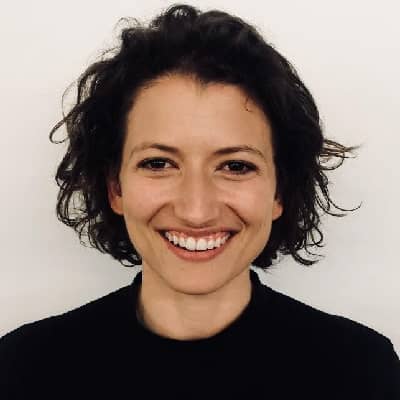 Nellie Bowles is in a relationship with her girlfriend, Bari Weiss.

Bari is an American opinion writer and editor. She also works at The New York Times as a staff editor.

The couple has been dating since 2019.

Who is Nellie Bowles?

Nellie Bowles is an American journalist and domestic correspondent for the New York Times.

She has worked for various newspapers and websites like Buenos Aires Herald, the San Francisco Chronicle, Vice News, and many others.

Nellie prefers to keep her personal information in a low profile and so her birth details are not revealed. She was born and raised up in San Francisco, California.

Nellie’s father passed away just in Sep 2020. She shared the news via her Facebook post. She hasn’t shared any other information about her family and childhood.

Nellie holds an American nationality and is of English ancestry.

She completed her graduation from Columbia University in 2010. Furthermore, she received her fellowship program from McGill University.

Before working as a reporter, Nellie worked on epigenetics research at UCSF. In addition, she also works at the neuroscience laboratory at McGill studying hypnosis.

Nellie started her journalism career as an intern at the San Francisco Chronicle. Then she has worked on Vice News Tonight on HBO, as an on-air correspondent working on segments about venture capitalists and tech companies.

Similarly, she worked on The Guardian and Recode. Then she worked as a journalist for the Argentinian English-language daily Buenos Aires Herald. Afterward, she has worked for different newspapers and websites like the San Francisco Chronicle, The California Sunday Magazine, Recode, Vice News, and many others.

Nellie joined The New York Times in 2017 in San Francisco Bay Area. She also received Robert F. Kennedy Journalism Award and Gerald Loeb Award for her investigative reports. She has been covering the technology and business world of hi-tech startups and venture capital. In addition, she has written about personalities such as Elon Musk, Eric Schmidt, and Bob Pittman.

The average salary of a New York Times journalist is around $85000 annually. So, Nellie also must have a good earning, yet its details are not revealed.

Nellie’s net worth is said to be around millions.

The journalist hasn’t received any controversy related to her but rather her reporting often leads to various controversial.

Her interview with Jordan Peterson has attracted much attention.

Nellie stands at an average height and moderate weight, although their details are not available.

Similarly, she has a beautiful face with dark brown colored hair with brown eyes.

Nellie joined Twitter in May 2011 and has 49K followers now. Likely, she has over 1K followers on her Facebook page. She doesn’t seem to be active on Instagram.