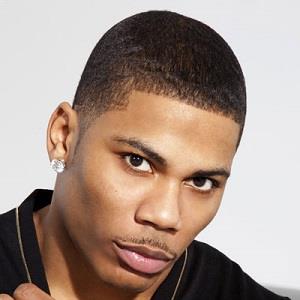 I'm not a big crier. I probably only cried five or six times in my life and I think four of those times was from my daddy kicking my butt.

I don't believe in luck. I believe everything happens for a reason.

[About the shooting death of Michael Brown in Ferguson, Missouri] We gotta do something different. Black boys have been dying since we came to this country, ain't nothin' changed. He [Officer Darren Wilson] will not be the last cop to shoot an unarmed black man.

Cornell Iral Haynes Jr. (Nelly) was in a relationship with author Karrine Steffans. Later, he began dating singer Ashanti in early 2003 after having met her during a pre-Grammy press conference.  They later collaborated in steamy 2009 single, ‘Body on Me’ and ended their relationship in December 2012.

Nelly began dating model Lashontae Heckard in January 2013.  They split in February 2014 amidst rumors that Nelly was getting back with his former love Ashanti as they were pictured getting cozy at the Super Bowl. He began dating actress Shantel Jackson in 2014. In December 2016, there were rumors circulating that had got engaged but those rumors weren’t confirmed by couple’s representatives. He has two children Chanelle Haynes and Cornell Haynes III.

Cornell Iral Haynes Jr., commonly known as Nelly is an American rapper, singer, songwriter, entrepreneur, investor, and occasional actor from St. Louis, Missouri. People know him for his hits ‘such as ‘’Country Grammar’ and ‘Dilemma.’

Nelly was born in Austin, Texas on November 2, 1974. His parents divorced when he was young, and Nelly and his mother eventually moved from downtown St. Louis to University City, Missouri. He began growing interest in rap since his childhood years. He is of American nationality. Furthermore, he belongs to African -American ethnic background.

Nelly: Career, Salary, and Net Worth

Nelly initially signed for the Universal to a solo contract. Later, he released his debut album ‘Country Grammar’. The record went platinum nine times over in the United States and debuted at No. 3 on the Billboard 200 chart. On September 14, 2004, Nelly released two albums, ‘Sweat’ and ‘Suit’.

Some other albums that Nelly has released are ‘Nellyville’, ‘Brass Knuckles’, ‘5.0’, ‘M.O.’. Apart from his musical career, he has also appeared as an actor in numerous movies and television series including ‘Reach Me’, ‘CSI: NY’, ‘The Longest Yard’ and ‘Cedric the Entertainer Presents’ among others. All in all, he has more than 80 credits for soundtracks, over 15 credits as an actor and 1 credit as a composer. Additionally, he also has two clothing lines, Vokal and Apple Bottom, and has founded a charity, 4Sho4Kids Foundation, which raises money and awareness for various children’s health issues. He has also worked with Justin Timberlake and Chris Rock.

Nelly has not revealed his current salary. However, he has an estimated net worth of around $ 60 million at present.

Furthermore, in 2016, there was a $2.4 million tax lien against Nelly due to unpaid taxes owed the IRS. Additionally, he also became part of another controversy after authorities arrested him in Auburn, Washington, outside Seattle, on suspicion of second-degree rape after a woman alleged that he invited her onto his tour bus earlier that morning and raped her. On December 14, it was revealed Nelly would not be charged in the case. At present, there are no rumors concerning Nelly and his career.

Talking about his body measurement, Nelly has a height of 5 feet 8 inches or 173 cm. Additionally, he weighs around 83 kg or 183 lbs. Furthermore, his hair color is black and eye color is dark brown.