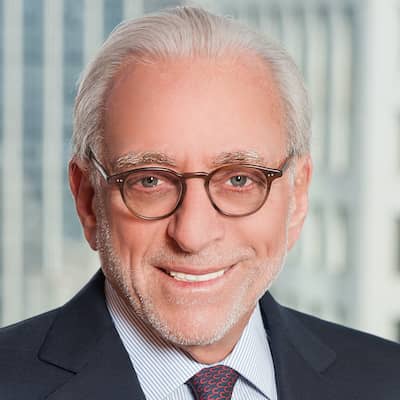 What is the relationship of Nelson Peltz?

Nelson Peltz’s relationship status is married. He exchanged vows with his third wife Claudia Heffner. She is a former model and has a total of eight children with Nelson.

From his first marriage, he has two children.

Their daughter Nicola Peltz and son William Peltz are actors. Similarly, their other son Brad Peltz is an Ice Hockey player.

The details of Nelson’s first and second weddings are hidden along with the names of his brides.

Who is Nelson Peltz?

Nelson Peltz is an American investor and businessperson. He is one of the founders of a company called Trian Fund Management, L.P.

Also, he serves other firms such as Wendy’s Company, Procter & Gamble, Sysco, and The Madison Square Garden Company.

For his amazing works, as per NACD, Nelson was the most influential person in global corporate governance in 2010, 2011, and 2012.

His birthdate is 24 June 1942 and he was born in Brooklyn, New York, U.S. The name of his father and his mother were Maurice Herbert Peltz and Claire Peltz respectively.

Nelson’s ancestry is Jewish and has a brother named Robert. As per his academics, he went to Wharton School in 1960 but never finished his studies.

Prior, he attended and passed from Horace Mann School.

Nelson Peltz dropped out of college and started to work as a delivery driver. He then teamed up with his brother and started producing frozen foods.

The company was Flagstaff Corp. and in 1979 they sold it to another investor.

He and Peter May brought stake from Triangle Industries Inc. in 1983 and Snapple in 1997. Nelson, May, and Ed Garden 2005 founded Trian Fund Management, L.P. and it was merged with Wendy’s Burger in 2008.

His other career timeline is,

He owns real estate in New York and California. His Palm Beach house, Montsorrel is spread over 13 acres. He put another lavish house for sale in 2001.

This business typhoon is keeping himself away from rumors and desperate scandals.

Nelson Peltz’s height and body weight are average. Similarly, he has grey eyes plus his hair color is grey.