Nema Vand is an American actor and a Reality Tv Personality.

Vand is single and isn’t engaged in any kind of romantic relationship.

Vand was previously married to a woman in 2010. Vand was just 18 yrs when he gets married. They got divorced in 2015.

After that, he dated Erica Saunders. She used to work for Vanda as his assistant. The relationship lasted for two years. Erica had to move to Barcelona, Spain for a different job. Vand said that she was so supportive and loving that he still wanted her to be a part of his life. Yet, Erica cleared that she doesn’t want to continue the relationship.

The actor was also once rumored to be involved in a romantic relationship with the reality star, Golnesa Gharachedaghi in 2018. 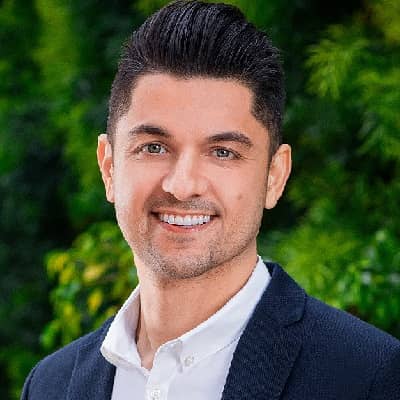 Who is Nema Vand?

Nema Vand is an American actor and a Reality Tv Personality. He was a talent executive and later turned into a digital media director. He joined the cast of Shahs of Sunset of season 7 in 2018.

Nema was born on June 4th, 1988 in Los Angeles, California, United States. He has an Iranian descent.

The actor was born to Iranian immigrant parents. His mother’s name is Moigan Afsahi. She is a senior clinical analyst and also a microbiologist. However, he hasn’t shared any information about his father.

Vand has two sisters: Mona Vand and Sarah Vand. He has also introduced his sister in season 7 of Shahs of Sunset.

Nema hasn’t disclosed any information regarding his education.

Vans is a branding executive and has worked for companies based in Silicon Valley and New York in his initial days. He has also worked as a Digital Marketing Executive.

Nema then entered the entertainment industry working for Watch What Happens: Live in 2009. Then he works as a producer in Dr. Mona Vand: The Modern Pharmacist from 2014 to 2015. The same year he was credited for working in the short film The Scarecrow and also the casting department for The Bridge Partner.

He gets into the acting from the seventh season of Shahs of Sunset in 2018. He was featured alongside Mercedes Javid, Mike Shrouded, and Reza Farahan in the show.

The show follows a group of six Persian-American friends in Los Angeles who try to juggle their active social lives and careers while also balancing the demands of their families and traditions.

Shahs of Sunset is among one of the bestseller show in the USA and the audience all are waiting for its new season which is postponed due to coronavirus pandemic.

The net worth of Vand is around $1 million. He once said in an interview in July 2020 that he is saving his earnings to buy a Mercedes-Benz for his father.

Being part of the popular show, Shahs of Sunset, he must have a good salary. Yet its details are not revealed.

The star has not been any rumors in the media.

Talking about Vand’s appearance, he is well known for being well-groomed. As he said he used to have yellowish teeth before and has done its redo. He spends around $25,000 to put on a pearly white smile.

You may also read the bio of Mekia Cox, Toccara Jones, Jahking Guillory, and Rob Murat.