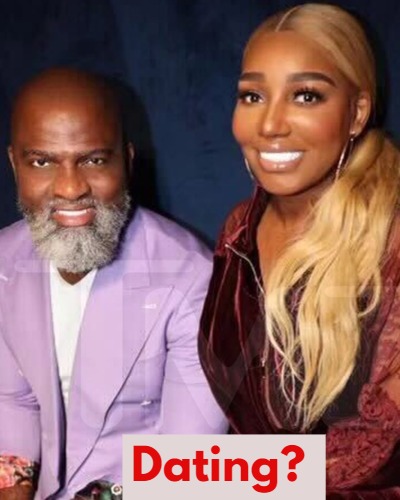 NeNe Leakes is over the death of her husband Gregg Leakes! Gregg died in September 2021 due to cancer. Now NeNe has moved on and found herself a new man. On her 54th birthday, she was seen with her new boyfriend in Atlanta. A well-dressed man was standing within photos as seen on the pictures of her birthday party. Her birthday surprise was thrown by her son Brentt Leaks. She wrote,

“This year i didn’t want to celebrate my birthday in a big way! I just wanted to chill wit a few love ones but my fam would NOT let it be that way! My son decided to throw me a surprise birthday party!”

“This is the first party he has ever thrown me! He did so GOOD! Love you @kingbrentt Not to mention, this is the 3rd gathering I’ve had this week. I love all of y’all for loving me and making sure am good during this time,”

More on her new boyfriend

The man she was with is businessman Nyonisela Sioh. We could see her all arm wrapped around him. He was wearing a lavender suit with a double-breasted jacket featuring peaked lapels that he paired with a white V-neck T-shirt and casual brown shoes. Nyonisela is the owner of a suited company located in Charlotte, North Carolina.

NeNe is yet to publicly confirm her relationship with her new beau. As per reports, Sioh was introduced to Leakes by Cynthia Bailey’s ex-husband Peter Thomas.

NeNe Leakes is an American television personality, actress, presenter, author, and fashion designer. She is extremely prominent for her eight-year stint on the reality television series The Real Housewives of Atlanta as a cast member. Read more bio…