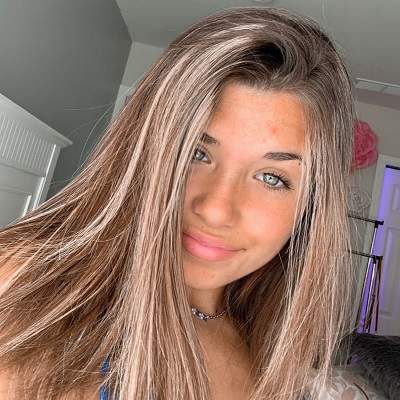 Currently, Nessa Barrett is single and not in a relationship with anyone.

She likes to visit different beautiful and has a pet dog.

However, there is a rumor that Barrett is dating Josh Richards. peoples think that they might be dating because of their romantic appearances in social media. But, Both of them never answered or posted anything about these rumors.

Who is Nessa Barrett?

She is well known for her dancing, lip-syncs, comedy mimics, and entertaining talents.

Nessa Barrett was born on August 6, 2002, in United Stares. Her birth sign is Leo.

As of August 3, 2019, on her first youtube video, she said that she was going into her senior year of high school.

Nessa has 1.2 million followers on TikTok account with id @nessaabarrett and reached likes more than 34 million. Nessa started posting videos from the beginning of 2019.

She becomes a TikTok sensation after posting his comic, dance, and lip-syncs videos on TikTok. She most doing lip-sync videos with rap and pop songs on her TikTok.

Nessa sometimes collaborated with her friends and more other TikTok stars like Lauren Kettering, Cynthia Parker, Jackson Felt, and others, to make a video more interesting and wonderful.

Therefore, every follower loved her work and want to see more videos from her. She also posted videos of her fans who send her good duet videos.

Nessa has  18.3 k subscribers on her Youtube channel. She joined Youtube on August 13, 2018, and the channel has over thousand of views. As of August 3, 2019, her first youtube video titled Q&A / GRWM FOR MY SENIOR PICTURES! was released. She answered many questions from her fans and followers which is asked on her twitter.

Her earning as a TikTok star is around $4.8 k the US per video or above.

Nessa has 181 k followers on Instagram and about 22 posts have already been published on her Instagram wall. She is following the personalities like Noah Schnapp, Charli D’Amelio, James Charles, and Luh Kel. She has uploaded a picture with Skylar Budgett and Mishka Silva on her Instagram.

Nessa has around 26 k followers on Twitter. She joined Twitter in July 2019 and tweeted around more than Two hundred tweets.

Besides, Nessa has a Snapchat account with a username nessaabarrett.