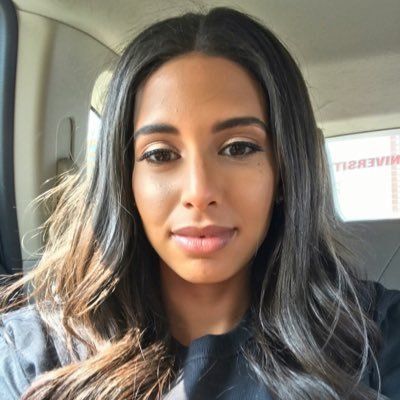 “The things one could do with science. It was the closest man could come to be God"

“Love was cancer in her heart. If left to fester, it would unfold itself and paralyze what was left of her soul until she’d suffocate beneath its weight. Like a tumor, love must be cut out for her to live. She dropped her eyes and banished the image of her baby from her brain. She vowed to never think of him again. It was the only way she could keep breathing"

“Ma used to say worry was like pulling at loose threads fearing your life would unravel".

Nessa is currently in a relationship with Colin Kaepernick.

They started dating when the American football player was a quarterback for the San Francisco 49ers of the National Football League (NFL). There is a rumor that they were in relation since 2015 but they revealed together in 2016.

Nessa Diab is popularly known as Nessa. She is an American radio and TV personality and television host.

Nessa first rose to distinction for her artist and celebrity interviews on San Francisco Bay Area Top 40 station Wild 94.9 and YouTube, which led to MTVseeking her out to be on Girl Code.

Nessa is 38 years old. She was born on May 6, 1981, in Southern California, the U.S. Diab’s father is an Egyptian and mother is Middle Eastern. She has two brothers. She belongs to American nationality and of Arab ethnicity.

Diab attends at the University of California, Berkeley where she obtained a degree in Mass Communication.

Diab has begun a radio career as an intern with Clear Channel’s promotional team. Similarly, at the same time, she joined the crew on a news show on WILD 94.9 KYLD. Later, she added POWER 106 KPWR to the list of stations and she worked with – on the show dubbed ‘West Coast Report’.

From WILD 94.9 to ENERGY 92.7 the versatile on-air personality soon switched but she later left the San Francisco-based station to return to her home station (WILD 94.9) to host the overnight show during the weekdays. In Phoenix, Arizona, she also hosted a weekday night show for 101.5 JAMZ. Nessa’s performance on the show also gained her a spot on MTV popular TV show ‘Girl CodeM’.

She has begun working on Hot97 in 2015 as a replacement for Angie Martinez. Furthermore,  this iconic position made her ‘The Voice of New York, as well as a very popular media personality. Recently, she hosts ‘The Nessa Show on Host 97’ on the station WQHT KMVQ.

Nessa also hosted The Challenge: Battle of the Bloodlines, Real Talk, Mucho Mas, and The Challenge: Rivals III in 2016. She is popularly known to television audiences for her appearances on various MTV shows, including Teen Mom, The Real World, and Girl Code. In Phoenix, Arizonan the radio, she has hosted her own show on Hot 97.

Though she is a brilliant American TV host there is no information than she has received many awards and nominations.

Since 2015, July there is a rumor that she was in a relationship with Kaepernick.