Updated On February 7, 2023 | Published By: Chandler Bing
Share this
Married 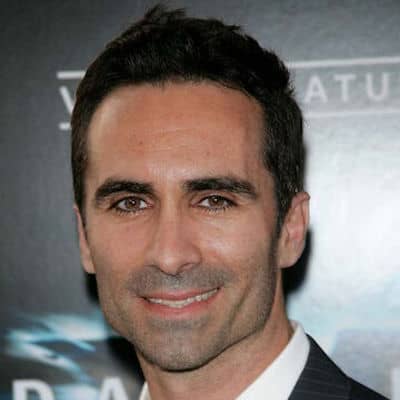 For me, it's always about what's on the page. I have tremendous respect for writing. When you recognize good writing, and you're lucky enough to get it, like with 'Lost,' that's what I follow

I was born in New York, but I'm of Cuban heritage. Maybe there's a little island in my blood.

Who is Nestor Carbonell married to?

Nestor Carbonell is a married man. He exchanged vows with Shannon Kenny.

His wife is an Australian actress and their wedding took place on 03 Jan 2001.

She has written her first book titled All Is Not LOST.

This lovely couple met each other in 1995 at the set of Muscle (TV series). They are blessed with two children.

They welcomed their first child, a son Rafael in 2002, and in 2005 their second son Marco was born.

Who is Nestor Carbonell?

Nestor Carbonell an American actor. He is popular for playing roles in Suddenly Susan, Lost, The Dark Knight, and more.

His film Bandit is currently filming and he is playing the character of Snyder.

Moreover, he is a stage artist, he performed in two plays Getting Away with Murder plus A Silent Thunder.

His birthdate is 01 Dec 1967 and he was born in New York, the USA as Néstor Gastón Carbonell.

The name of his mother is Rosa Ramírez de Arellano Cárdenas and his father’s name is Néstor Tulio Carbonell Cortina.

As per his academics, he studied at The British School and Deerfield Academy.

He then enrolled at Harvard University and graduated with BA in English.

Nestor Carbonell is one of the popular faces of both the TV and films industry.

He has appeared in several big-screen projects. He was seen as Enrique in Attention Shoppers, Seaton in Killer Movie, Tom in Imperium, and more.

His upcoming movies Triggered and Medicine Men are in the post-production stage. Some of his selected movies are,

Nestor is also known for his TV roles. He got fame after appearing in hit shows such as Suddenly Susan, Lost, Bates Motel, Ringer, etc.

He also voiced for shows like Kim Possible, The Penguins of Madagascar, American Dragon, and Brandy & Mr. Whiskers.

Nestor’s other notable TV projects are,

However, his salary and other earnings are unknown.

He appeared in commercials for Pepsi for its Spanish version.

This Lost actor is keeping himself away from rumors and desperate scandals.

Nestor Carbonell’s height is 5 ft 9 inches and his body weight is decent.

Similarly, his eyes are brown and his hair color is dark brown.

His dark eyes and eyelashes are the talk of his body.

Nestor is available on social sites except for Facebook.