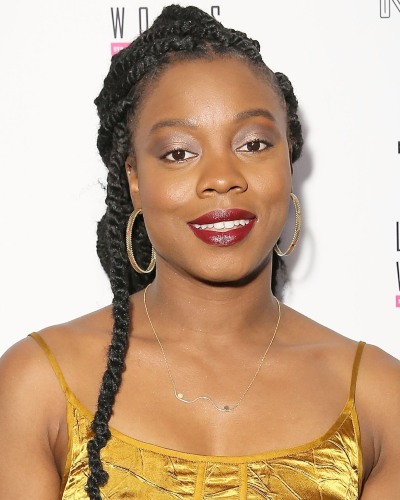 Nia DaCosta is the first black woman to have a film open at number one on the North American box office chart. She is the director of the horror film Candyman which made history over the weekend.

On 30th August 2021, Universal Pictures announced that she became the first female director to see her film debut in the top spot at the domestic box office.

Her movie is dubbed as a spiritual sequel of the 1992 movie in the same name and made a box office collection of over $22 million in its premiere domestic weekend. Her movie performed better than expcted even with Hurricane Ida depressing attendance in some southern US states. The movie Candyman bucked a recent trend by launching only in cinemas without simultanoeous release on streaming sites.

Who is Nia DaCosta?

Nia DaCosta is an American director and screenwriter. She was born on 8th November 1989 in Brooklyn, New York. She is 31 years old at present. Also, she attended the Royal Central School of Speech and Drama and enrolled her alma mater in New York University of Tisch School of the Arts.

During her early days she wanted to be a writer but she became interested in filmmaking after watching Apocalypse Now. After completing her school, she started working as a TV production assistant.

In 2018, she worked as a writer and director for the 2018 movie Little Woods. Similarly, it premiered at the Tribeca Film Festival and was awarded the Nora Ephron award for excellent in storytelling by a female writer or director. Also, her recent 2021 movie Candyman is winning hearts. She is also going to be the director of the highly anticipated Captain Marvel sequel, The Marvels. It will make her the first Black woman to direct a Marvel Studios picture. It will release on 11th November 2020.

Likewise, her short films are The Black Girl Dies Last, Night and Day, Celeste, and Livelihood. In 2019, she directed two episodes of the TV series Top Boy.

Also read DJ Khaled Revealed A Picture Of His New Born On The Internet For The First Time; Announced The Baby’s Name While Accepting Grammy’s Award!

Who is Jordyn Blum? Is she still married to Dave Grohl?
Tags : Candyman Director