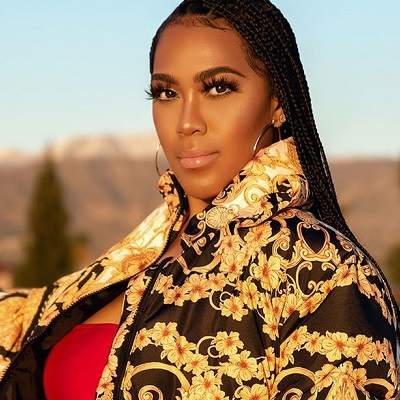 Previously, she was in a relationship with the rapper, Soulja Boy. The former couple had them on and off relationship with each other since 2006. With the passing time, their relationship went through a very rough phase caused by Boy’s social media threats, infidelity, and many more.

Last, in 2019,  they featured in Married Boot Camp to work in their relationship. However, it didn’t work and eventually, they broke in 2019.

Who is Nia Riley?

American Nia Riley is a model and reality TV personality. She is renowned as the VH1’s reality TV series, Love & Hip Hop: Hollywood.

Last, in 2019, she made her appearance in Marriage Boot Camp: Reality Stars along with Soulja Boy.

Nia Riley was born on the 22nd of July 1989 in California, United States. She is of British-Irish ethnicity.

Her father, Edward Theodore Riley (a.k.a Teddy Riley) is a singer, songwriter, and record producer by profession. Her mother, Nicole is of British-Irish ethnicity.

She has seven siblings including four brothers; Samar, Lil, TJ, and Dante, and three sisters; Taja, Dejanee, Bobbie. Till the date, she has not shared any details on her academics.

Professionally, Nia Riley started her journey as a model. As a model, she has featured on the cover of various magazines.

However, she first came in limelight when she featured the first season of a show Love & Hip Hop: Hollywood as Soulja Boy girlfriend. Later, Soulja was fired from the show to make threatening videos on social media. Despite that, she made her appearance on the show as a friend of ladies in the show.

In the show, she dealt with infidelity and commitment issues. Also, she found that he cheated her with her best friend, Nas. Till 2017, she featured in the shows as a regular cast. After that, she appeared in the reunions of the show.

Last, in 2019, she made her appearance in the reality show, Marriage Boot Camp: Reality Star with his then-boyfriend, Soulja to reignite their relationship.

Besides that, her earnings as a reality TV personality are around $50k or above per season.

Talking about the net worth, her father, Teddy has an estimated net worth of $3 million,

Once the reality TV star has been in headlines when the rapper-singer and songwriter, Chris Brown announced that he thought he had fathered the child with a model, Nia.

Soon after that, a flood came on the internet pointed her. However, she made clear via her Twitter that she is not the one as she is not only Nia in the entire world. Later, she also made her Twitter account private too.

Nia Riley has black eyes with black hair. She stands at a height of 5 feet 5 inches and weighs around 55 kg. Her body measurements are 35-24-35 inches.