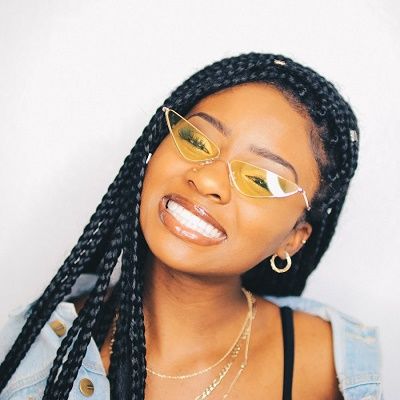 Her boyfriend has appeared in some of her videos like ”BOYFRIEND PICKS MY OUTFITS!!!”, ”WHO KNOWS ME BETTER BROTHER VS BOYFRIEND”, and ”Boyfriend rates my outfits”.

Though she is a public figure and does vlogging on her life events, she is private when it comes to her family and personal life.

She is currently focusing on her career and stardom and balancing them.

Niaalove1 is a youtube star whose videos titled “90’s VS NOW” and “Types of People| First Day Back To High School” helped her earn her first 50,000 subscribers in just 3 weeks.

She is the owner of a shades company named Le Chel Luxe.

Niaalove1 was born on January 30, 1998, in Los Angeles, California, US. She is currently 22 years old. Her real name is Shania Williams and she belongs to an Afro-American ancestry.

Rise to the Fame

Niaalove1 joined youtube on December 21, 2012. As of 2020, she has posted 157 videos on her channel Niaalove1. Her channel has successfully accumulated 590K subscribers on her channel.

After posting videos like “90’s VS NOW” and “Types of People| First Day Back To High School”, she received a lot of subscribers making her the way to rise as a Youtube personality.

“90’s VS NOW” has the highest number of views among her videos. 2.5 M people have watched this video. Similarly, “Types of People| First Day Back To High School” has 2.2 views.

She and YouTuber Krissy Grotez have both posted videos titled “What’s on My iPhone 6 Plus!”

Other videos include  ”My 2019 Most Played Songs”, ”The Struggles of 4c hair”, ”Growing Up Black”, ”Me VS Inner Me”, ”Black Girls Struggles”, ”Weekday VS Weekend”, ”Things We Secretly do” and many more.

In addition, she is also active on Instagram. She has 31.9K followers and regularly posts on her account to update her fan followers.

How Much Does Niaalove1 Earn?

She has a curvy shaped body. She often faults her beautiful body on Instagram.

You may also know about net worth, body measurements and early life of  Daxton McKnight, Megan Leeds, Demetrius Harmon, and Rachel Fong.