Niall Cunningham at the present time is possibly single.

He has not shared the details regarding his affair or girlfriend yet.

But in 2014, he posted a picture on his social media where a girl named Sadie Scott was seen lying on his chest.

The fans speculated that she might be her romantic partner but the confirmation is still pending. 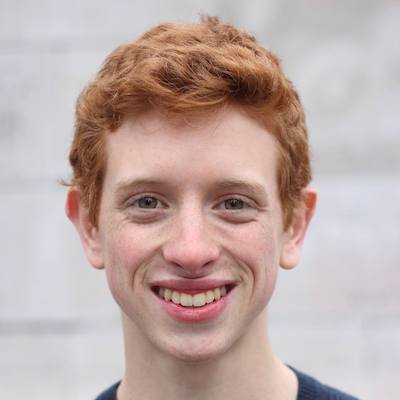 Who is Niall Cunningham?

Niall Cunningham is an American actor who is active in the industry since 2015.

Recently he has seen in 2021’s TV mini-series And Just Like That… where he played the role of Brady Hobbes.

His birthdate is 30 Nov 1994 and he was born in Brooklyn, New York, the United States.

The name of his mother is Emily Stern and his father’s identity is Scott Cunningham.

Further, Niall’s ancestry is Caucasian, and as per his academics, he passed out from Fiorello H. Laguardia High School.

Then he enrolled at the University of Massachusetts Amherst to study for a BA degree in Theater, English, and Dance.

He was then seen for a short role in High Spirits as Peter, Awkward as Leroy, and Curb Your Enthusiasm as Kenny Funkhauser.

In 2017, his briefly acted movie Okja was released where he did a role of an ALF High School Student.

Niall collected more fame after he signed with CBS’s sitcom TV show Life in Pieces. The American show is about the daily lives of three short families.

Composed by Rob Simonsen and created by Justin Adler a total of 79 episodes and 04 seasons, it was first aired on Sep 21, 2015.

By the 2022’s data, he has accumulated a net worth of around $500 thousand which is an estimated amount.

However, his salary and other earnings are not yet calculated.

This cast of Life In Pisces is keeping himself away from scandals as well as rumors.

Niall Cunningham’s height is 5 ft 7 inches and his body weight is 75 kg. On top of that, he has auburn hair and brown eyes.