Updated On November 17, 2022 | Published By: Daniel Miranda
Share this
In Relation 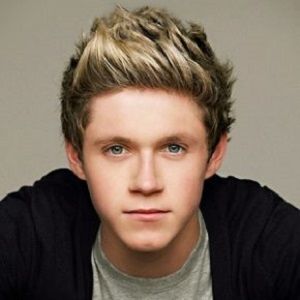 Fans always tell me I'm beautiful, but no one will ever be as beautiful as them.

What is the relationship of Niall Horan?

Niall Horan is dating Amelia Woolley. The couple started getting together in May and June 2020. His girlfriend Amelia works in a luxury footwear brand Nicholas Kirkwood.

He was in a relationship. He was having an affair with the singer and actor Hailee Steinfeld.

The couple recently were spotted together and having some cozy moments in Los Angeles on 20th May 2018 which confirmed that they are in a relationship. However, the couple split after having an affair for 10 months.

Prior, he has been in a number of relationships in his life. While he was emerging as a singer, he was in a relationship with Holly Scally. He began dating Holly in 2009 and broke up in 2010. After that, he dated Amy Green from 2012 to 2013.

In late 2013, he dated the famous British TV personality, Louise Thompson. After that, he dated Barbara Palvin, a model until 2014. Later that year, he dated another beautiful model Thalia Heffernan.

After his breakup with Thalia, he began dating Melissa Whitelaw in late 2014. The couple broke up in mid-2015. Since then, he has not been in any confirmed relationships till now.

Who is Niall Horan?

Niall Horan is an Irish singer and songwriter. He is best known as a member of the highly successful British boy band, One Direction alongside Liam Payne, Harry Styles, and Louis Tomlinson.

He has received eight Teen Choice Awards with the band. With his band-mates, he has released five commercially successful albums and has performed on four worldwide tours.

What are the birth facts of Niall Horan?

Niall Horan was born as Niall James Horan on 13 September 1993, in Mullingar, County Westmeath, Ireland. He is Irish by nationality and he is of Irish ethnicity.

He is the son of Bobby Horan and Maura Gallagher. His parents divorced when he was five years old. He has a brother named Greg Horan.

He and his brother lived in both houses of their parents for some time and later decided to move definitely with their father.

His talent was first discovered by his aunt. As a teenager, he performed at the Mullingar Arts Centre.

Niall began his professional singing career while he was at the Mullingar Arts Centre. He rose to fame when he auditioned as a solo artist for the British television series The X Factor in 2010.

During the show, he was put into a group along with Liam Payne, Harry Styles, Zayn Malik, and Louis Tomlinson to form the boy band that later became known as One Direction.

Following The X Factor, One Direction was signed to Simon Cowell’s Syco Entertainment in 2010. The band released their first studio album, Up All Night in 2011, followed by their second album, Take Me Home in 2012.

Niall has co-written several songs with the band. He signed a solo deal with Capitol Records in September 2016 to work on his solo single. He released his debut solo single “This Town” on September 29, 2016.

His single has peaked at number 9 on the UK Singles Chart and number 20 on the US Billboard Hot 100. Horan released his second solo single “Slow Hands” on 4 May 2017. With his band, he has won eight Teen Choice Awards.

Horan and English singer Anne-Marie released Our Song on May 21, 2021.

How much is the net worth of Niall Horan?

He has a net worth of $70 million according to the sources of 2022,  but his salary is not revealed yet.

Niall was spotted leaving a bar with Irish TV presenter Laura Whitmore. She is nine years older than him. Rumors are that he is in a relationship with Laura. In 2015, he was caught with a girl who already had a boyfriend.

Niall Horan has a height of 5 feet 8 inches. His body weighs 73kg.

Besides these, he has dyed his hair blonde and his eyes are Blue.

Furthermore, also find out more about the early life, career, net worth, relationships, and controversies of singers and songwriters like Amanda Brown, Brandi Carlile, and Spencer Sutherland.