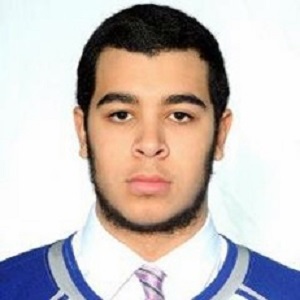 What is the relationship of Nicholas Baptiste?

The young Canadian ice hockey star Nicholas Baptiste has kept his personal life private and out of the spotlight.

He usually doesn’t talk about his private life in media and in public. He hasn’t mentioned his affairs publically and has managed to keep it low profile.

There is no record of his marriage and divorce till now. He has not clarified about his married life, affair, girlfriend, and spouse till the present time. He is currently focusing on his work.

Who is Nicholas Baptiste?

He currently plays as a right-wing for the Rochester Americans of the American Hockey League (AHL) as a prospect for the Buffalo Sabres of the National Hockey League (NHL).

He was drafted by the Sabres in the third round, 69th overall of the 2013 NHL Entry Draft.

His nationality is Canadian and he is of Haitian ethnicity.

Nicholas began his ice hockey career with the Sudbury Wolves of the Ontario Hockey League.

He also played major junior hockey for the Erie Otters of the Ontario Hockey League. He was drafted by the Sabres in the third round of the 2013 NHL Entry Draft.

He spent four seasons with the Sudbury Wolves until the 2014-15 season. That same season, he also played for the Otters.

During the 2015-16 season, he was signed by the Rochester Americans of AHL. He was signed to a three-year entry-level contract with the Sabres on May 31, 2014. Baptiste made his NHL debut in the 2016–17 season with the Sabres in a game against the Calgary Flames on October 18, 2016.

In 2012, he played for the team Canada Ontario at the World U-17 Hockey Challenge, where his team finished third. The following year, he played for the Canada National Team at the IIHF U18 World Championship and won the competition.

Nicholas Baptiste: Salary and Net Worth

Despite his young age, he has been a successful ice hockey player in his career.

Nicholas has a height of 6 feet 1 inch. His body weighs 91kg. Besides these, he has dark brown eyes and black hair.

Also get to know more about the birth facts, education, career, net worth, rumors, height, and social media of different personalities like Georges Laraque, Donald Brashear, and Anson Carter.