Nicholas Hoult dated the hunger game actress Jennifer Lawrence for almost 5 years (2010-2014). He previously dated Victoria Justice (2009) and was believed to have had an encounter with Tatiana Luther (2013) and Riley Keough.

He is currently believed to be single although rumors about him dating his Ex-girlfriend Jennifer Lawrence has currently generated fuss among his longtime fans. 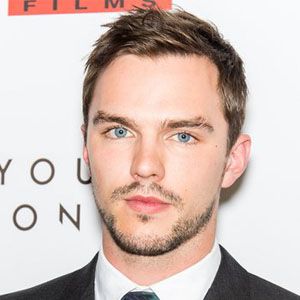 I don't really have disappointments because I build myself up for rejection.

I'm not one of those people who sit around knowing all bands and going to gigs all the time.

Who is Nicholas Hoult?

Nicholas Hoult is an English actor best known for his role as Marcus Brewer in ‘About a Boy’. Hoult has become a fan favorite since his role as Beast in the X-men franchise.

He played the role of war boy Nux in 2015 blockbuster movie Mad Max. He recently played the lead character in Equals which stars Kristen Stewart and Guy Pearce.

The 27 years’ old often talked about for his distinctive “Vulcan” eyebrows has starred in more than 20 movies and other notable TV shows and video games making him a household name in the Hollywood Industry.

Nicholas Hoult was born in December 1989 on December 7. He was born as Nicholas Caradoc Hoult in  Wokingham, Berkshire. As regards of Nicholas family, he was born to father Roger Hoult and mother Glenis Brown.

His father was a retired British Airways pilot while her mother was a piano teacher. Nicholas has two sisters, Clarista Hoult and Rosanna Hoult. He has also a brother named, James Hoult.

Nicholas is of British nationality and an English ethnicity. Besides these, there is no information about his childhood.

Nicholas attended Arborfield Church of England Junior School in his early days. He later on applied for Ranelagh, the secondary school in Bracknell but was not accepted.

He was accepted at Sylvia Young Theatre School but halfway through his academic career there he again applied for Ranelagh and was accepted this time.

Hoult got his first acting job in “The Caucasian Chalk Circle” at the early age of three. His first movie role was for the drama Intimate Relations, he was 5 years old then. He, later on, had guest appearances in various TV shows such as   Casualty, Silent Witness, The Bill, and Doctors.

His breakthrough in an acting career, however, didn’t occur until he was 11 when he started in a critically acclaimed comedy drama ‘About A Boy’ which earned him some fame as a child actor. He has since then started in more than 20 movies and has many years of acting career left ahead of him.

He is mostly recognized for his role in About a Boy which got him to the first step to fame of his acting career and ‘Skins’ which is a BAFTAs awarded teen drama where his plays the role of Tony Stonem.

He has also starred in other notable movies including Warm Bodies, Mad Max: Fury Road, X-men and much more.

He is involved in various charity programs for children and young people. Although being a Hollywood superstar he is a geek like the rest. He explained in his last interview about how he is addicted to Pokémon Go and Netflix Drama Series Stranger things.

His favorite brand as he describes is Adidas & Tom Ford. He won 1 and was nominated for 4 awards for his role in ‘About a Boy’ as a child actor. He has since then won Teen Choice awards for Warm Bodies and has been nominated for other 8 awards.

Nicholas Hoult: Net Worth and Salary

His net worth is estimated to be 4 million. There are no details about his salary.

Rumors began to surface around early April of 2016 that he was dating his co-star for movie Equals Kristen Stewart. Although rumors about him getting back with Jennifer Lawrence is still in the air, time will tell us whom this English gentleman ends up with.

Although his statement about him being frustrated with superheroes movie brought some disappointments among his fans, Nicholas Hoult has rarely been involved in any controversial comments till date.

Nicholas has a height of 6 feet 2.5 inches. He weighs 84kg. He has dark brown hair and blue eye.