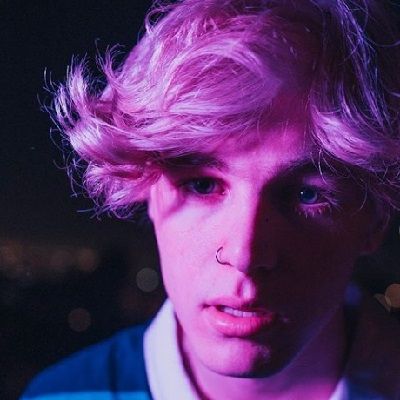 He is rumored to be dating his colleague Avani Gregg but neither party has confirmed on it.

He has no children and is presently focused on his career.

Who is Nick Austin?

Nick Austin is an American TikTok star. Nick Austin is a content creator on TikTok and a member of Hype House, a collab collective in Los Angeles. His name on the media TikTok is nickaustinn. On their best days, the entrepreneurs at HypeHouse create more than 100 new video content collectively.

Additionally, Nick is a professional dancer and singer. With unconventional wisdom, Nick uses his lip-sync and dancing abilities to generate hype, income, and acclaim from the internet.

Nick Austin was born on 1st July 2000 in San Diego, California, the United States of America. As a teenager, Nick decided to move away from earning a living the conventional way. In fact, he broke a few more conventions on his way to earn a living and acquire stability in his life.

Instead of looking for a job, Nick choreographs content about himself, by himself, for himself- something that creates hype and a following and then uploads it on the net. Initially, Nick uploaded his professional Lip sync and dance videos on the loop. However, with some encouragement, he went hard-core. Today he has a fan base of more than 1.7 million followers on his TikTok platform.

Nick started small with unconventional choices. He first took the Instagram wave. Then for some time, most social media platforms started losing ground. Against this eventuality, the Chinese app TikTok broke ground. This fired up the imagination of aspiring entrepreneurs like Nick. He jumped into the bandwagon just in time with suggestions from entrepreneurs who made it big on the internet previously. Nick took action. Instead of waiting for an opening, he took the opportunity and used the TikTok app to his advantage- maybe even a name for himself.

Additionally, instead of taking pictures and uploading them, he started to create video content that looped for a few minutes.

Additionally, Nick became a member of the TikTok collab collectives- The Hype House. There are 19 active member-creator-artists in the collective.

Nick says that the best part of being in HypeHouse is that unlike ‘Team 10’ and other collab-houses, Hype House never takes a cut out of your revenue.

-My Problem with the Hype House, 918 K views

-Avani Does My Makeup in the Hype House! 510 K views

Nick Austin is blond with blue eyes. He is 5 Feet and 8 Inches tall and his weight is 63 Kg. His shoe size is 8 US.

Nick Austin has a net worth of $100 K US as of 2020. TikTok and social media sponsorship are the main sources of his income. According to TikTok calculate, last year Nick earned $855 K US.

Nick’s compilation of dance videos on YouTube has more than 3.2 K views. In addition, Nick’s handle @nickaustinn at TikTok has more than 1, 797,647 followers.

There are rumors that Nick Austin is in a relationship with Avani Gregg. Avani Gregg is another TikTok content contributor and participant. As with other members of Hype House, Nick regularly appears on his TikTok videos with Avani.  Avani also does his make-up in one of Nick’s vlogs. These videos, sources point towards a probable amorous relationship between Nick and Avani.

Nick’s favorite brands of clothing and accessory are Nike and Levi’s jeans. Out of all the seasons, Nick loves spring.

His favorite color is blue and in food, he enjoys pizzas.

Coco Austin is living the life as a mother with her newly born baby. Together with husband or already separated