Nick Cannon is a rapper, actor, and comedian.

Nick Cannon was previously married to American singer Mariah Carey on April 30, 2008, at her private estate on Windermere Island in The Bahamas.

Together, the couple had also welcomed three children Golden Cannon, Moroccan Scott Cannon, and Monroe Cannon. After six years of their marriage, the couple separated and Nick filed for divorce in 2014.

Back in 2014, there was also a rumor that Nick started going out with Amber Rose. Additionally, he was also spotted with Heidi Klum, Winnie Harlow, and Sherise Cromwell in 2015.

He is now in a relationship with a model named Jessica White. They started to see each other from 2015 and since then they have an on and off relation. 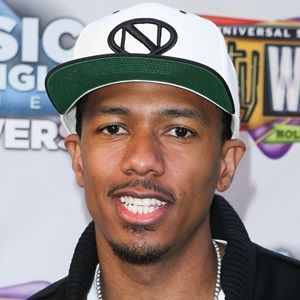 My Vocation is my Vacation. I love what I do.

Stay true to yourself. If you have something to stay, stick to it, stand firm on it but don't get caught up in it. If you just stay true to who you are as an artist, you'll be able to fly above it.

Who is Nick Cannon?

Nick Cannon is an American rapper, actor, and comedian. As an actor, he has appeared in the film Goal II: Living the Dream as the role of the fictional footballer TJ Harper. Furthermore, his notable films works include Men in Black II, Drumline, Monster House, and few more.

Apart from that, the famous rapper has also featured in several TV series such as All That, ‘Nick Cannon Presents Wild ‘N Out’, America’s Got Talent, The Nick Cannon Show, and much more.

Nick was born on October 8, 1980, in San Diego, California. He is 41 years old. His father’s name is James Cannon and his mother’s name is Beth Gardner.

He grew up in Lincoln Park along with his paternal grandfather. During his childhood, he had a keen interest in basketball as he began to play at a very early age. He has a brother, Gabriel Cannon, and has an African-Amerian ethnicity.

Talking about his education, Nick completed his graduation from Monte Vista High School in Spring Valley, California in 1998.

Nick Cannon began his music career as a teenager after he formed the rap group “Da G4 Dope Bomb Squad” with his friends. In 2003, he released his debut album named in which two big hits  “Your Pops Don’t Like Me” and “Gigolo” were on this album. Furthermore, he created a parody of hip-hop pioneer Slick Rick entitled “Slick Nick”.

Besides this, Nick has also hosted a couple of popular shows including the big TV show America’s Got Talent. Furthermore, he has hosted the show from 2009 to 2016 replacing Tyra Banks. Back in 2014, he also hosted Caught on Camera with Nick Cannon on NBC.

Prior to that, the multitalented rapper also hosted the Nathan’s Hot Dog Eating Contest in 2011 which was an annual American competitive eating competition. Additionally, he started hosting the morning show with co-hosts Nikki and Southern Sarah Lee at 92.3 NOW FM in New York.

In 2011, Nick recorded his first stand-up comedy special named Mr. Showbiz at the Palms Casino Resort in Las Vegas. His notable film roles are School Dance, Drumline and Love Don’t Cost A Thing. Whereas his popular TV shows consist, Incredible Crew, Wild ‘N Out, Make It Pop, All That, and few more.

Moreover, he has also collaborated with Will Smith. Hip-hop legend Eminem and Nick’s wife Mariah Carey both aimed each other after Eminem made fun at Mariah Carey in a track titled “Bagpipes from Baghdad”.

So far, Nick has won the NAACP Image Awards in the category of Outstanding Supporting Actor for his role in the movie Up All Night.

Furthermore, he has also been nominated for various roles in several categories. Moreover, he has also won Hollywood Film Festival Award in 2001 and 2006 as Ensemble of the Year and Favorite Television Actor respectively.

Being a popular host, rapper, and actor, Nick earns a healthy amount of money from his profession. Currently, he has a net worth of $30 million.

Once, there was a rumor about Nick’s family of a brewing custody battle. However, Mariah Carey stands for her former husband and Tweet, “There’s no validity or truth to the false allegations regarding our family. Nick is the father of my children, we will always stand up for each other, have each other’s back and we will always remain a strong family.”

Back in 2015, there was also a rumor surrounding the media about the controversial lyrics Nick will state in his new album. However, Nick clarified about this news and said it’s false, “I will never say anything negative about Mariah Carey. We are forever a family rooted in love.”

Nick Cannon has a height of 6 ft and weighs 79 kg. Furthermore, he has dark brown eyes and black hair. He has a perfect physique with a very hot body.

Besides this, Nick also owns a YouTube channel in which he has more than 193k subscribers.

To know more about Vanessa Baden, Bru Luccas, and Oliver Stone, please click on the link.