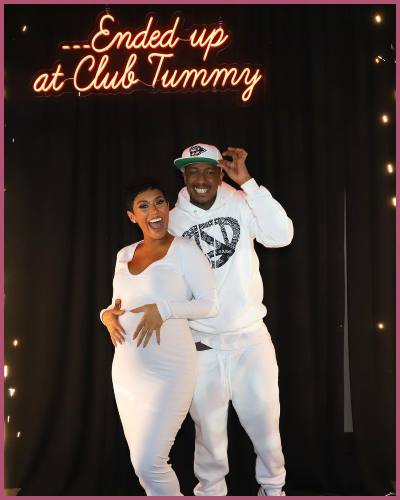 Nick Cannon, 41, is expanding family members as well as a home to live in!

The soon-to-be father of nine, Cannon gifted a house to her pregnant girlfriend Abby De La Rosa in early this month.

On Thursday, the pregnant mama posted a video exploring the new home gifted by her boyfriend with an appreciations post.

As well as she gratitude her mom for being “the best Grandma & Realtor” in the business. In the video, Abby and her toddlers walking through their new home. The new house also featured a lovely backyard pool.

Also read “Nick Cannon is Dad to 8! His relationship with Kids“

Cannon, on the other hand, left a lengthy comment upon the post clarifying De La Rosa that she was ” more than welcome.”

“It’s the least I can do. Thank you for the unconditional love and the most precious gifts any human can ask for!! BEAUTIFUL New Beginnings.”

Well, just a month after announcing his eighth child with Bre Tiesi, Nick is thrilled to be a father again for the ninth time. However, De La Rose is expecting her third baby this time.

Her due date is reportedly in October. Previously, the duo is blessed with their twins in June 2021.

Also read “Nick Cannon Becomes Dad for the Eight Time! Who is the Mother This Time?“

Nick Cannon has accumulated an impressive amount of wealth throughout his successful career. He is a multi-tasker; a film producer, a comedian, an author, a rapper, a radio jockey, a record producer, a businessman, DJ, and a musician.

Nick rose to prominence after appearing in shows including America’s Got Talent. He charged $70k per episode from the show. Similarly, he earned altogether $10 million from AGT.

As of 2022, he has an estimated net worth of around $45 million. His annual income is estimated to be around $2 million. Besides, he earns through promotions and brand collaborations.

Nick Cannon is an American rapper, actor, and comedian. As an actor, he has appeared in the film Goal II: Living the Dream in the role of the fictional footballer TJ Harper.

Apart from that, the famous rapper has also featured in several TV series such as All That, ‘Nick Cannon Presents Wild ‘N Out’, America’s Got Talent, The Nick Cannon Show, and much more. See more…