Nick Cordero was an Award-winning Canadian actor. He is well-known for his works in 'Blue Bloods', 'Going in Style', and 'A Stand-Up Guy. He is married to Amanda Kloots. 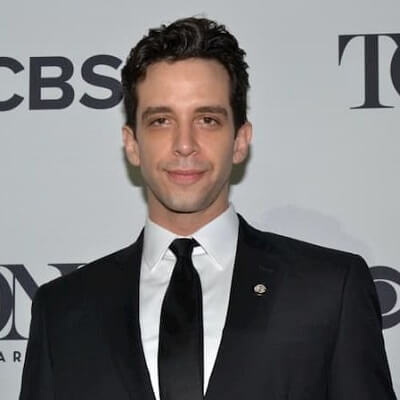 What is the relationship of Nick Cordero?

Nick Cordero was a married man. He is married to Amanda Kloots. She is an actress, fitness model, and social media influencer. The couple first met in 2014. Both of them were playing the Broadway show together, Bullets Over Broadway.

After dating for some years, the couple decided to get married. They exchanged wedding vows on September 3, 2017. The ceremony took place in New York where the couple invited around 70 guests. From their marriage, the couple has one son named Elvis Eduardo.

He was named after the great Elvis Presley. Nick was a huge fan of Elvis and he named his son after him.

Who was Nick Cordero?

Nick Cordero was an Award-winning Canadian actor. He is well-known for his works in ‘Blue Bloods’, ‘Going in Style’, and ‘A Stand-Up Guy.

In April 2020, Nick was diagnosed with COVID-19. His wife, Amanda has been keeping everyone updated about his situation. He was in a very critical condition and according to her wife, he was in a ventilator being treated with dialysis and extracorporeal membrane oxygenation.

Fortunately, he got past that stage and his wife has revealed that his condition is now better. In an Instagram post, she said,

“Nick is getting stronger and the AMAZING doctors and nurses think they can take him off ECMO (extracorporeal membrane oxygenation) soon! This would mean his heart and lungs would be functioning on their own. Anything can change in an instant but we are staying positive! HE IS HEARING US GUYS! #wakeupnick.”

Hopefully, he makes a quick recovery from the deadly pandemic.

As per the CT scan reports of Nick in late April 2020, his lungs are seriously damaged. It was said that they have holes in them and they look as if Nick has been smoking for several years.

During the treatment of Coronavirus, this actor passed away on 5 July 2020. He was 41 years old and was admitted to the hospital of LA for over 90 days.

Similarly, he had not revealed anything about his siblings and family members. He spent his childhood days in Hamilton.

His ethnicity was Latin.

Talking about his education, he attended Westdale Secondary School. Following that, he joined Ryerson University. However, he dropped out from there after two years to perform in the band, ‘Love method’.

Nick Cordero came into the limelight in 2014. He featured on Broadway in the critically acclaimed musical, ‘Bullets Over Broadway‘ in which he portrayed the character of Cheech. Following that, he landed the leading role in the Off-Broadway production, ‘The Toxic Avenger.

Similarly, in 2012, he portrayed Dennis in Rock of Ages on Broadway. In March 2016, he portrayed the role of Earl in the Broadway production of Waitress. However, he left the role and joined the Broadway premiere of the musical, ‘A Bronx Tale. He played the character, ‘Sonny’ at the Longacre Theatre.

He also has appeared on TV and in films. In 2017, he played the character of Victor Lugo in the 10th episode of the 8th season of the CBS police drama, ‘Blue Bloods‘ titled. ‘Heavy is the Head’. In 2018. he once again appeared as Victor in the same season’s 20th episode titled, ‘Your Six’.

Moreover, he also appeared on Lilyhammer; Law and Order: SVU, Queer as Folk, etc. His next appearance is set to be in the feature film, ‘Inside Game’.

Furthermore, he also won the Outer Critics Circle Award for Outstanding Featured Actor in a Musical and a Theater World Award. All of these nominations and awards are for the role of Cheech in Bullets Over Broadway.

Nick Cordero had an estimated net worth of around $1 million as of 2022. However, there is no information about his salary. An average actor in Canada earns around $41k per year.

Nick Cordero had brown eyes and brown hair. His height was 6 feet 5 inches and his weight was unknown. After he was diagnosed with Covid-19, it is said that he has lost quite some weight.

Similarly, there is no information about his other body measurements including shoe size.

Amanda Kloots, widow of late actor Nick Cordero had a supernatural experience about her husband’s presence with her!