Updated On December 18, 2022 | Published By: Gracie Hale
Share this
Married 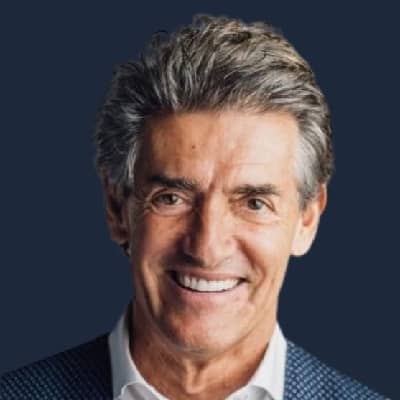 Dominique Sachse is the second wife of Nick Florescu

Nick Florescu has married twice. He has five children from his previous marriage named Ava, Bella, Elle, Nicky, and Alex. However, the details about his first wife are not known.

She has also a son named Styles Credeur from her previous marriage.

The couple met for the first time at a Kickoff Party for Houston Community College on January 11, 2012.

Soon after they started dating and exchanging vows on May 22, 2012, in the Memorial home of Becca Cason and John Thrash, Texas.

Who is Nick Florescu?

Nick Florescu is an American successful and influential business tycoon.

He is the founder of The Florescu Foundation and founder and president of Centrade USA, Inc.

He is best known as the husband of popular journalist and YouTuber Dominique Sachse.

He holds an American nationality and belongs to the Romanian ethnicity.

Nick was born to parents Larry Florescu and Melissa Florescu. His father owns a restaurant which he later runs after dropping out of high school.

He has also a brother named Marcus.

Talking about his academics, he studied at Boston College from where he graduated in 1974 and received a degree in Marketing.

Nick began his career as a trade and broker in the oil energy sector for over 18 years.

The company’s headquarters is in Houston, Texas.

He served as Managing Director in Romanis for an outdoor billboard company for about seven years from 1995 to 2002 and later sold the company to NewsCorp.

He has been actively involved in helping street children and orphans in Romania.

Nick has accumulated quite an impressive amount of wealth throughout his successful profession as a businessman.

As per other online sources, he has an estimated net worth of around $15 million as per 2022’s data.

Although, his salary, yearly income, and other assets are still under review.

Talking about his wife’s net worth, she has an estimated net worth of more than $5.4 million as of now throughout her career.

Until now, Nick has been able to maintain his clean profile.

He hasn’t been involved in any sorts of rumors and disputes that have a huge buzz in the media.

Nick is now 68 years old and he is still an energetic and fit man. He has an impressive height with an average weight.

He has a grey hair color with a dark brown pair of eyes.

The businessman is active on Instagram under the username @nickflorescu where he has more than 6.1k followers.