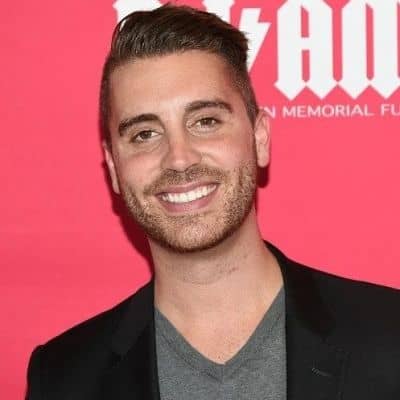 Who is Nick Fradiani Dating?

Nick Fradiani is possibly single at the moment. There are no social media reports or posts that hint if he is romantically linked with someone.

Talking about his past relationships, he was rumored to be having romantic relationships with an American actress, Camille Kostek in 2016.

Who is Nick Fradiani?

Nick Fradiani aka Nicholas James Fradiani IV is a popular American singer who is the winner of American Idol Season 14.

He soared to regional fame after a pop/rock band named, ‘Beach Avenue’ became the winner of the Battle of the Bands at Mohegan Sun, in which he was the lead singer in 2011.

He further rose to fame after appearing as a contestant in the reality talent show, ‘America’s Got Talent’ though he could not make it up to the finale.

Nick Fradiani was born in Guilford, Connecticut, the US on November 15, 1985.

Fradiani is 36 years old as of 2022 and holds an American nationality.

According to the astrological chart, he has a birth zodiac sign of Scorpio.

His father, Nick Fradiani III is a musician by profession while the name of his mother is Elizabeth Fradiani (née Maher).

Performing as a musician in clubs, restaurants, and cruise ships, his father gifted the singer a drum set as a gift.

Similarly, he is brother to a younger sister named, Kristen who was born on November 14, 1991, just a day before his sixth birthday.

As per his academics, he went to Southern Connecticut State University, and later in 2004, he graduated from Guilford High School.

Then, he enrolled at Wheaton College, Norton, Massachusetts where he earned a bachelor’s degree with a major in history.

Nick Fradiani made a collaboration with Connecticut-based pop/rock band ‘Beach Avenue’ in which he appeared as the lead singer.

Later, in 2011 his band won the Battle of the Bands at Mohegan Sun. In June 2012, they released original materials including the Something to Believe and Driving That Road EP.

After appearing as a contestant on a reality talent show, America’s Got Talent Season 9, where the band members, Fradiani, Zipp, and Abraham sang their own,’ Coming Your Way.’ Unfortunately, they could make only up to the judgemental week.

Fradiani gave an audition for the American Idol Season 15, in New York City where he sang ‘In Your Eyes by Peter Gabriel.

On May 13, 2015, he was announced as the winner beating the runner-up, Clark Beckham. He sang, ‘Beautiful Life’ in the finale which was later recorded on Big Machine Label.

He was then, invited as a mentor in the American Idol on February 12, 2016, where he sang a duet with Top 24 contestants, Gianna Isabella and Thomas Stringfellow.

On March, 10 he released ‘Get You Home which coincided along with a debut live performance on ‘American Idol.’

On August 5, 2016, he released his album ‘Hurricane’ in which he co-wrote a track with Jason Mraz and with Nick Abraham.

On Billboard’s Heatseekers chart this album debuted at #1. He went on to release his singles like, ‘All on You’, and ‘Love Is Blind.’ He ended his collaboration with Big Machine Label Group and 19 Entertainment in January 2017.

Fradiani released his new EP, ‘Where We Left Off’ on October 13, 20187 after parting the ways with Big Machine.

He then released an acoustic version of the EP’s third track, ‘Sacred’ on May 4, 2018. He portrayed Lorenzo Anello in a national tour of ‘A Bronx Tale.’

According to the Celebrity net worth, this singer has an estimated net worth of around 1 million USD.

At the moment, the yearly salary Nick Fradiani is charged has not been stated.

This singer, Nick Fradiani is keeping himself away from unnecessary rumors as well as controversies.

Nick Fradiani stands at a normal height with average weight.

On top of that, he has a fair complexion with a pair of brown eyes and hair of the same color as well.

Moreover, there is an official Facebook page under his name, that has garnered around 138K followers.

On the other hand, he also has a self-titled Youtube channel where he has about 12.7K subscribers.

Find Out About, Role Model, Rebecca Ferguson, and Brian Kennedy