Nick Gehlfussis an actor of Shameless and Chicago Med. He is married.

Nick Gehlfuss is a married man. He is married to his girlfriend  Lilian Matsuda. She is a hotel marketer.

Lilian was with Nick from the early days when he was not in the fame. The couple married on the 13th of May 2016. The marriage ceremony was held secretly in Ohio in the presence of their close ones. 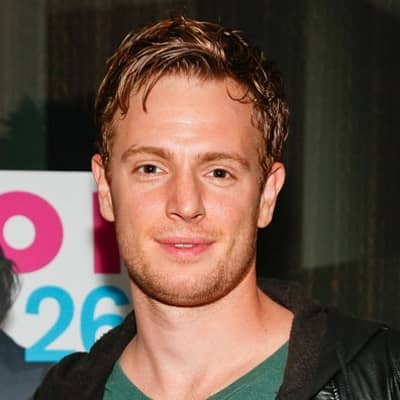 You try to find the romance in the struggle, or at least that's what you keep telling yourself. But you talk to successful actors, and the struggle always is what they miss the most

I come from a pretty positive family and positive environment, and in that sense, I'm very fortunate and grateful

that has kept me grounded

The life of an actor is sort of abnormal in the sense where you never know what's going to happen, which I've really given over to.

Nick Gehlfussis an American actor. He is well known for performing in various popular series like Shameless and Chicago Med.

Nick was born on January 21, 1985, in Cleveland, Ohio. He later moved with his family to the suburb of Chesterlandin and Little Italy and grew there. His full name is Nicholas Alan Gehlfuss.

The actor holds an American nationality and has Mixed (Italian, German, Slovenian) descent. His father’s name is Alan Gehlfuss. Likely his mother Sandra Gehlfuss is a nurse and works in the oncology department at Cleveland Clinic.

He has a younger sister, who is a nurse practitioner at the Cincinnati Children’s Hospital Medical Center.

Nick was interested in acting from his young age and his parents supported and motivated him to follow his dreams. He was only four years old when he got his first role.

Nick attended Marietta College in Marietta, Ohio. He used to play in junior varsity soccer during his high-school days.

The actor has his Bachelors in Fine Arts. Likewise, he completes his master’s degree from the University of Missouri-Kansas City.

His work received great compliments and also was able to win the prestigious Rosemarie Tichler award for outstanding performance in a play. After that, he starred in Neil LaBute’s Reasons to Be Pretty at the Geffen Playhouse.

Likewise, he debuted into movies playing as Martinson Radio in Sam Steele and the Junior Detective Agency. After that, he has played in movies like In Lieu of Flowers (2013), Love & Mercy (2014), Equity (2016).

The actor is more popular for his TV works and has appeared in Shameless, The Newsroom, and Power, as well as guest appearances on Royal Pains, It’s Always Sunny in Philadelphia and Person of Interest.

Nick’s recent work was the lead role on NBC’s hit show Chicago Med. He there workes as Dr. Halstead from 2015. He is also working for the movie Butterfly in the Typewriter.

The actor has made a net worth of around $7 million as of 2022, from his acting career.

According to the sources, the cast members of the Chicago P.D. received the paying off around $65,000 annually. Nick also must have a good earning from the series.

The actor never gets involved in any such activities as to create any controversial news in the media.

However, Nick was once associated with being gay when he became famous for his on-screen roles. Although he is not gay and is a married man.

Nick stands tall at the height of 6 feet and 1.5 inches (1.86 m) and weighs 85 kg.  Talking about his appearance, he has light brown hair with beautiful brown eyes.

You may also read the bio of Tinsley Price, Phylicia Rashad, Prestyn Bates, and Randy Havens.