Updated On January 29, 2023 | Published By: Clarence Bunn
Share this
In Relation 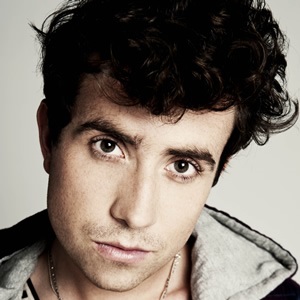 What is the relationship of Nick Grimshaw?

Nick Grimshaw revealed that he is gay in 2012.

Although, he has made several appearances in films and television roles his personal life is still kept away from public attention.

He is in a relationship with dancer and model Meshach Henry.

There are no records of him getting married and having children.

Who is Nick Grimshaw?

Nick Grimshaw is an English television and radio presenter.

He is popular for hosting various shows on BBC Radio 1.

Moreover, he is the host of the show The Radio 1 Breakfast Show since 2012 and is quite popular for his roles on T4 and The Album Chart Show airing on Channel 4.

Frankie Boyle was born on 14 August 1984 and he grew up in Oldham, Manchester, England.

His father Peter and his mother Eileen Grimshaw.

Talking about his education and qualifications, he attended the University of Liverpool by enrolling in 2002 to study Communication and Media Studies.

However, he failed in his final year. Eventually, he graduated with a DipHE without any bachelor’s degree.

Early on in his career, Nick Grimshaw joined BBC Radio 1 in 2007.

So, after he joined he was hosting BBC’s youth strand Switch with DJ Annie Mac. Soon after that, he hosted shows on Channel 4, E4, BBC One, BC Two, and Channel 4 youth strand T4 for which he was very popular.

In 2012, he replaced Chris Moyles as the host of The Radio 1 Breakfast Show.

One year later, in 2013, he began presenting and hosting in BBC Three comedy panel television series Sweat the Small Stuff.

In addition, he was a presenter on the TV series Sound from 2007 until the show ended in 2009.

Other than hosting, Nick was also a voice actor as he acted in the TV series Be Your Own Boss and EastEnders. Furthermore, he also voices acted as Brad in the UK version of the film Wreck-It Ralph in 2012.

He also appeared on a few TV shows such as The Album Chart Show, 8 Out of 10 Cats, The Xtra Factor, Never Mind the Buzzcocks, and Children in Need.

Nick Grimshaw has an average height of 5 feet 11 inches and weighs 70 kg.

Unfortunately, there is no information regarding his body measurements.

His hair color is dark brown and his eye color is brown.

Looks Like Harry Styles and Tess Ward are becoming a Thing-‘Are Really Into Each Other’! See What Tess have to say about it!!