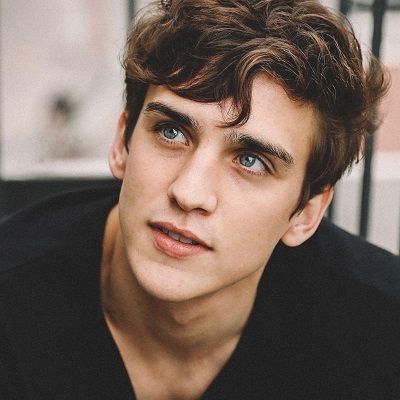 Nick Hargrove is currently in a relationship with Sarah Jeffery. Sarah is a 23 years old TV actress. She has appeared as Evie Travis in the show Rogue.

Who is Nick Hargrove?

Nick Hargrove is a model and actor who earned representation with No ties Management. Nick played the role of Parker in the TV series Charmed.

Recently in 2020, he is playing the role of Brian in TV series Single Parents.

Nick Hargrove was born on 3rd September 1992 in Pennsylvania. At present, he is 27 years old. His mother is of German ancestry.

However, he has not disclosed his parents. He has a sister named Saskia and a brother named Nelson.

Nick graduated from the University of North Carolina at Chapel Hill. He studied Economics and German.

In the year 2017, Nick played the role of Derek in The Wrong Mother. After that, he played Nick in M.F.A. in the same year. He has worked in many projects including Medal of Honor which was directed by Robert Legato and Counterpart alongside J.K. Simmons in which he has a recurring role in season 2.

In 2017, he played Dom in Closure. Similarly, he appeared as Lucas in The Other. He played the role of Brian in Single Parents.

Nick works as model for the Next Models. He shares his modeling shots on Instagram.

Nick is doing great in his career. He has not been part of any big rumors and controversy.

Hargrove has brown hair and blue eyes. He is 5 feet 10 inches tall and has a decent weight.

Nick has around 680 followers on Facebook and 222k followers on Instagram. On Instagram, he is following Jake Gyllenhaal, Taika Waititi, Kelsey Heenan, Sterling Beaumon and others.