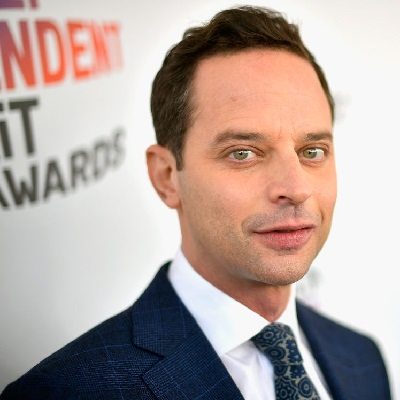 Nick Kroll is in a relationship with Lily Kwong. His girlfriend, Lily is a landscape artist by profession. The couple started dating each other in late 2018. In 2020, the couple moved in together.

Previously, he was dating a comedian and actress, Amy Poehler. They started dating each other in May 2013. They broke up their relationship in 2015.

Who is Nick Kroll?

American Nick Kroll is an actor, writer, and comedian. He is renowned as Jake of Adult Beginners, Ruxin of The League, and Gunter of Sing.

Last, in 2020, he appeared in the TV documentary, Have a Good Trip. Currently, the actor is filming for the movie Sing 2 where he will be appearing as Gunter once more. Next, in 2012, he will make his Tour, Middle-Aged Boy Tour to Australia.

Nick Kroll was born on June 5, 1978, in Rye, New York in a business class family. His birth name is Nicholas Kroll. He is of Germanic-Dutch ethnicity.

His father, Jules Kroll is a billionaire businessman. He founder of the firm, Kroll Inc for preventing corporate investigations and risk consulting. Also, his mother, Lynn Korda is the vice-chairperson to the UJA-Federation of New York.

He has three siblings; an elder brother, Jeremy, and two sisters, Dana and Vanessa. He grew up in a conservative Jewish family along with his siblings.

Talking about his educational background, he completed his Higher Education from The Mountain School in Vershire, Vermont. After that, he graduated from Georgetown University with Honors in History as major and arts and Spanish as a minor.

Nick Kroll started his career as a contributing writer of the comic shows like Chappelle’s Show and Human Giant. Later, in December 2008, he toured within states for the comedy tour name Glow in the Dark. Moving forward, he started making his appearance in the comic stand up shows like Funny or Die and Kroll Show.

Due to his performance in the comic show, he made a reputation in the comic world. For that, he got awarded with the Breakout Star of the year award for Just For Laughs in Comedy Festival.

Moving forward, he started making his appearance on the TV with various shows. However, he got recognized first through ABC’s sitcom, Caveman. Following that, he also appeared in the shows like Portlandia, The Soup, and Burning Love.

Besides the series, he is also a popular face in the movies. In 2008, he made his movie debut with the short film, The Negotiating Table as a character artist. Following that, he appeared in the movies like Adventure of Power, Date Night, Little Fockers, and Knights Of Cups.

Apart from being an actor and comedian, he is also a talented writer. Some of his writer’s credit along with the year is-

Also, he is a producer of Big Mouth Olympic Dreams, Bobby Bottleservices, and The Love the ’30s.

Talking about net worth, his father, Jules has an estimated net worth of $2 billion. His net worth is attributed to his career as a businessman and investor.

Nick Kroll has hazel eyes with black hair. He stands at a height of 5 feet 9 inches and weighs around 72 kg.

However, when the matter comes to his professional life, his animated series, Big Mouth stirred some controversy due to his inaccurate analogy explaining the characters’ sexual orientation. For that, the creative team of the series Apologizes via Twitter.

You may also read the bio of Ving Rhames, Sean Harris, and Marques Brownlee.