Nick Watney is golfer who plays on the PGA Tour.

The relationship status of Nick Watney is happily married to Amber Watney since 2010.

His wife is an American housemaker. Nick and Amber have two children. 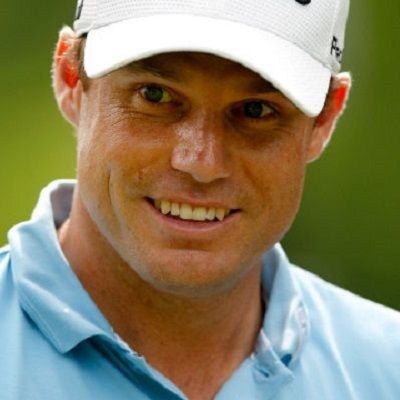 Who is Nick Watney?

Nick Watney is an American professional golfer. He plays on the PGA Tour.

Nick Watney was born Nicholas Alan Watney on April 25, 1981, in  Sacramento, California, United States. He belongs to the Caucasian heritage. Moreover, his Zodiac Sign is Taurus.

In addition, Nick’s cousin is Heidi Watney. Heidi is a journalist. She is also a host and reporter of MLB Network.

In 2003, he became a professional golfer, following the footsteps of his uncle. Mike played on the PGA Tour in the 1970s.

In 2003, Nick Watney had his first professional victory at the Lewis Chitengwa Memorial on the Canadian Tour.

In 2007, Watney won his first PGA Tour title at the Zurich Classic of New Orleans.

In 2011, President’s Cup, he defeated K. J. Choi on the final day to give the United States advantage over the International Team. The four-day match play tournament was played in Melbourne, Australia. It was won by the American team.

In 2013, Nick finished second at the BMW Championship. In 2015, Watney only played in five events the following season due to a herniated disc in his lower back.

During the 2018 season, he finished 88th on the PGA Tour’s money list and finished 74th on the final FedEx Cup standings.

Nick’s net worth is around $1 million USD. In addition, his salary is $65k annually.

Nick has brown hair with blue eyes. His height is 6ft and 2 inches and his weight is 82kg.

You may also like to read about Heidi Watney, Tiger Woods, Cheyenne Woods.

How many Tour wins does Nick Watney have?

What is in the bag Nick Watney?

Where is Nick Watney from?