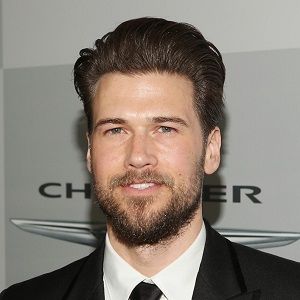 I think to love somebody every day for a long period of time is the most romantic thing you can do.

One of the things I noticed about the '2 Broke Girls' pilot was that it looked like a new episode in a season and not a pilot, and that's an amazing sign.

In TV, you usually don't get a chance to fix anything. It's always easier to cancel something than fix it.

Nick Zano was in relation to various personalities. He dated Amanda Bynes in April 2003 and their relationship continued until early 2004.

Then he had a fling with TV personality, Kendal Sheppard in 2004. Likewise, from May 2005 until 2006, Zano dated Canadian TV personality, Rachel Perry. Then he dated actress and fashion designer, Kristin Cavallari. They were in relation from September 2006 to December 2007.

Then he dated actress Haylie Duff. The two actors started dating in December 2007 but took their relationship seriously in early 2008. The couple split in November 2011. They were also RUMORed to be engaged multiple times from 2007 to 2011.

He met Kat Dennings on the set of 2 Broke Girls and started dating her in December 2011. They split in June 2014. Likewise, he is also rumored to have dated Juliette Lewis at the end of 2014 and early 2015. They separated due to Juliette’s deep interest and coaxing into Scientology.

At present, he is living with Leah Renee Cudmore. She is a Canadian actress. They started to see each other from 2016.

Who is Nick Zano?

Nick Zano is an American actor who is famous for playing as Vince in The WB’s sitcom What I Like About You. He has now built a great career as an actor and has appeared in various movies.

He has also hosted different shows as well as guest appearances.

The actor was born on March 8, 1978, in Nutley, New Jersey, the U.S. He was raised in Florida in the middle-class family and he was raised with all his need fulfilled.

Nick belongs to Caucasian ethnicity. His star sign is Pisces. His parent’s name is also not disclosed.

Nick has his schooling from Wellington High School. During his school time, he was active in the drama and television departments.

After his graduation from the college with a high school degree, he moved to Hanover, Pennsylvania as to pursue his career.

Nick Zano started his journey by debuting in the super hit movie Catch Me If You Can. In the movie, he performed a small role. Then in the year 2004, he was featured in live-action animated comedy film Fat Albert.

Likewise, he was featured in the movie My Sexiest Year in 2007. After that next year, he appeared in different movies and built up his career. His movies include College, Beverly Hills Chihuahua, and Joy Ride 2: Dead Ahead.

Nick has played the role of Hunt Wynorski in the American horror film The Final Destination in 2009. Then consequently in 2011, he appeared in movies Scents and Sensibility and 10 Years. Likewise, he also played the role of James in the 2013 movie Lost Luck.

Though he has performed in various of the movies and is appreciated for his wors. He hasn’t received any awards yet.

He has maintained a net worth of about $3 million and his salary is estimated to be around a few thousand per episode.

He seems to have maintained a good relationship with all other people in his personal and professional life and so he doesn’t fall under any of the rumors and controversies.

Nick Zano has a perfect muscular body and his height is 6 feet. He has light brown colored hair and blue colored eyes.

This actor is active on social media and uses them. He is active on Instagram with 285K followers. Likely, he also uses Twitter and has more than 72.2K followers. His Facebook page has also collected 55K likes.

10 Celebrities Who Wore The Most Scandalous Dress On Red Carpet!