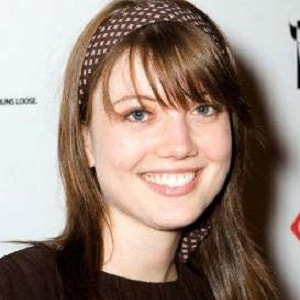 Nicki Clyne is a married woman. She is married to Allison Christin Mack in February 2017, allegedly for immigration purposes. The pair worked together in NXIVM’s operation in Vancouver.

The couple began living together in the same house in Rainer and she began working for Clare Bronfman at a low wage of $15/hour. The relationship between the pair seems platonic.

Who is Nicki Clyne?

Nicki Clyne is a Canadian actress. She is well recognized for her role as Cally Henderson Tyrol on the Sci-Fi channel television series ‘Battlestar Galactica’.

She was born on February 11, 1983, in Vancouver British Columbia, Canada. She is currently 37 years old. Nicki has not disclosed information regarding her parents, siblings, and childhood.

However, according to some sources, it is known that she is still close to her parents. She holds Canadian citizenship but her ethnicity is unknown.

Nicki Clyne began her first screen career in an episode of the NBC’s comedy-drama series ‘Just Deal’ in 2000. After that, she appeared in an episode of UPN’s short-lived science fiction series ‘Level 9’.

She debuted her film career from the drama-thriller ‘Hostage Negotiator’ in 2001 in which she appeared as Alicia. Later, she appeared as Fixit in the series ‘Dark Angel’ and then appeared in ‘The Wedding Dress’, ‘Smallville’, and many more.

She made her appearance in the telefilm ‘Due East’ alongside Robert Forster, Kate Capshaw, and Clara Bryant. In addition, she worked in the telefilm ‘I Was a Teenage Faust’ with Josh Zuckerman, Robert Townsend, and Stuart Margolin.

Her other notable appearances include ‘Ill-Fated’, ‘John Tucker Must Die’, ‘Totally Awesome’, and ‘Personal Space’.

The talented actress, Nicki was nominated for Leo awards in the category Feature Length Drama: Best Lead Performance by a Female for ‘Ill-Fated’ in 2005.

She has an estimated net worth of around $1.2 million and she has earned that sum of money from her professional career.

There was a rumor that the sex cult leader Allison exchanged vows with her to defraud US immigration. Also, she was having trouble fulfilling her visa obligations, and also, she was one of the women chasing cops after the cult leader Raniere was busted for sex trafficking.

Nicki Clyne has a height of 5 ft. 6 inches and she has blue eyes and blonde hair. But, information regarding her weight, shoe size, dress size, etc. are not available.

To know more about Cynthia Gibb, Emery Kelly, and Peggy Lipton, please click on the link.