Find Out Why Fans are not Happy with Nicki Minaj’s FIFA World Cup song “Tukoh Takah!”

Posted on November 23, 2022 | Published By: Natalie | In controversy , History , Interesting Facts
Share this 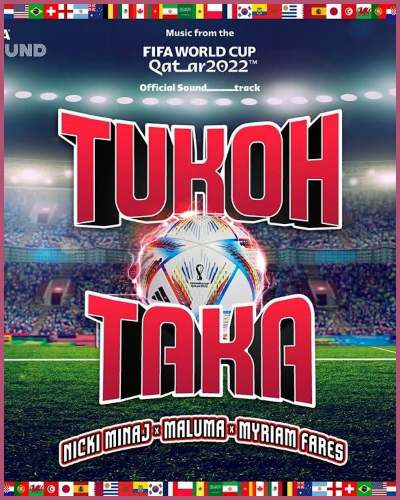 The upbeat pop song is a trilingual track that has lyrics in English, Spanish, and Arabic and came out on Friday. That was just two days before the tournament started in Qatar. The song which consists of the phrase Tukoh Takah is an Arabic equivalent of knock knock or click clack.

The unique football move was popular because of the Spanish football team FC Barcelona.

Despite being a part of the latest soundtrack of the 2022 World Cup, the song is not going too well with football lovers.

Maluma and Myrian Fares performed the song at the opening of the FIFA fan festival in Doha, the capital of Qatar, on Saturday.

The  2022 World Cup controversies are so wide that even the official anthem could not escape its radar.

The new music video presents the visuals of the celebration taking place in a barren landscape, showing Qatar’s geography.

This time, shaking her hips is Fayes in the song. She is often compared to Shakira for her impeccable dance moves and also appearance.

She dances in a rather revealing outfit, which might be a little bit of a problem for the host country’s stadium guidelines that say “avoiding excessively revealing clothes in public.”

As per a statement by Qatar Tourism, both men and women are normally recommended to cover their shoulders and knees.

The World Cup of Controversy

Now, Twitter users are comparing the new anthem to Shakira’s Waka Waka K’NAAN‘s Wavin’ Flag and stating how it failed to convey the joy and passion for football like the other two songs.

Fans still prefer to tune in to Waka Waka and defend it to be the best FIFA song. The iconic song that Shakira sang is still fresh in people’s minds even after 12 years since it first debuted for the 2010 FIFA World Cup in South Africa.

So, it is not a surprise that both Waka Waka and Wavin’ Flag have been trending on Twitter since the release of this year’s song. Tukoh Taka managed to get 22 million views on YouTube just 4 days after its release. But the love for the 2010 songs is unmatchable.

Many fans took to social media to disapprove of the song. One user tweeted:

”Nothing can beat Shakira’s Waka Waka. That song had a soul… The spirit of football that united people all around the  globe.”

Another one expressed their hate toward the new song by writing:

”The best thing about this song is that it ends.”

This year’s World Cup has been engulfed with controversy from the very beginning. The case of FIFA’s corruption and Qatar’s human rights abuses is still a hot topic even after the game has begun.

Issues regarding LGBTQ rights also made headlines as FIFA threatened to sanction the captains of teams who thought of wearing armbands to promote inclusion and oppose discrimination. This is because homosexuality is against the law in Qatar.

Also, Read Footballer Beth Mead opens up about her sexuality; came out as gay 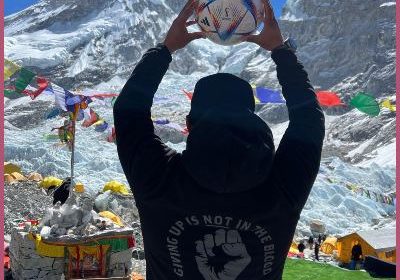