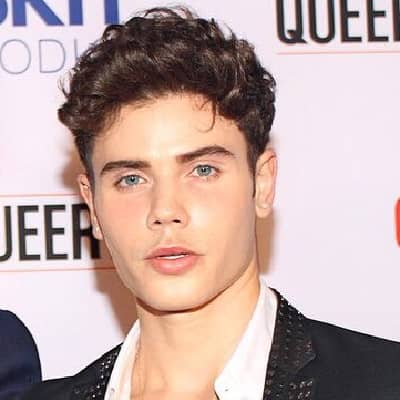 What is the relationship of Nicky Champa?

Nicky Champa is in a beautiful relationship with Pierre Amaury Crespeau. Pierre is also an internet influencer.

They also have their own entitled Youtube channel. The couple posts various pranks, challenges, vlogs, their cute couple’s videos, and viral dances on the channel.

The couple first met at a movie audition on 3rd March 2017. Nicky first spotted Pierre and was attracted by his beauty. He then contacted his agent and asked about Pierre. After two days, Pierre invited Nicky to help him film an audition video.

Pierre affirmed in a YouTube video titled How we met, that he was a bit guarded about starting a relationship with Nicky because he had been heartbroken several times before. However, Nicky helped him heal from his past heartbreak.

No sooner, the couple starts living together one month after they met. In September 2019, Pierre posted a series of Instagram photos wishing Nicky a happy birthday and stated that they are officially dating.

Who is Nicky Champa?

Nicky Champa is one of the popular social media personalities, video content creators, and actors.

He is well known for his content on his TikTok account nickychampa. Followingly, his acting credits include Deadlocked and 100 Years or Less.

Nicky was born on September 13, 1995. His birthplace is Dallas, Texas and he grew up in Manlius, New York, outside of Syracuse.

His ancestry is of Indo-European origin. Nicky’s parents get separated when he was young. Then Nicky was grown up by his single mother, Kelley Champa. He also has a brother named Timmy Champa. He hasn’t shared much information about his family.

He has his acting classes at New York University. But he was dropped out of college and moved to Los Angeles afterward.

Nicky has built her career as a content creator and is well known for his lip-sync video. The videos are of short length from 25 to 30 seconds each.

Nicky’s videos include various comedy skits, dancing videos, lyrical lip-sync, and related kinds of stuff. They are quite entertaining and engaging for the audience and go viral very quickly.

Likely, his videos get viral easily and have collected a solid fanbase of 8M fans.

Being a social media influencer, he has also launched his YouTube channel. He has his channel with his boyfriend entitled, Nicky and Pierre. It has accumulated 156K subscribers as of now. The channel was launched on Aug 10, 2017, but they have just started to post from Sep 21, 2020.

“Nicky and Pierre Montana Vlog!” was their first video which was posted on  Dec 13, 2020. Similarly, “Ignoring my boyfriend prank ” is their popular video on the channel with 446K views. They have posted six videos up to now.

Nicky has also built his career in the entertainment industry as an actor. His first big acting role was in the music video for the Travis Scott song “Don’t Play.” Furthermore, he has worked for Astrid Clover (2014), The Letter (2016), Jawline (2019), and  Deadlocked (2020).

The star has been successful in creating a positive influence on the audience. And so he is far from appearing in any rumors and controversies.

The star has a beautiful pair of blue eyes with brown colored hair. He prefers to dye his hair in different colors. He wears a shoe size of 10.5 US.

Likely, his official TikTok account also holds 8M followers with more than 217M likes. Similarly, he has a YouTube channel with his boyfriend and has 156K subscribers.