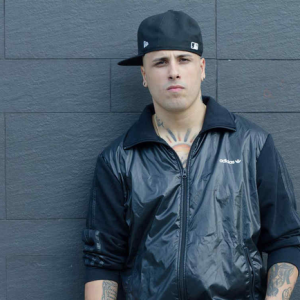 "Making movies is great. It was like love at first sight

a whole new, different business. I can see why actors love it so much"

"I first write melodies that will make people shiver, and then, I add the lyrics"

Nicky Jam dated Paulina Cruz in 2018. Pauline is a Latin singer. However, their affair was short-lived and soon the couple broke up.

Previously, she was married to his ex-wife, Angelica.

Previously, she was married to Angelica Cruz. They got married in February 2017 in Medellin, Colombia. They were dating for about 2 years and became life partners. Nicky has two daughters from a past relationship named Yaarimar Rivera and Alyssa Rivera. No information is given about past relationships.

Currently, it came to know that Nicky divorced Angelica Cruz and the divorce was finalized on August 21, 2018. No further information is shared on social media.

Who is Nicky Jam?

Nicky Jam is famous for great songwriting, acting and he is known as the singer of all America. He is popular for the song like Travesuras, EI Perdon, EI Amante and other. He also won Billboard Latin Music Awards 13 times and many other awards.

He was born in Baston, Massachusetts U.S. on March 17, 1981. His mother was a Dominican and his father was a Puerto Rican.

The name of his father and mother is not mentioned in any social media. He is of Puerto Rican-American Nationality. His birth sign is Pisces.

Talking about his childhood, he grew up in a poor family. For the support of his family, he started working illegally in the grocery store. Then, at the age of fourteen, he started his first recording.

There is no information about his Graduation.

Going with his early professional life and career, he first started his music career by recording his first album Distinto A Los Demas at the age of fourteen. He became popular in the music industry although the album was not a success.

He continued his career in the music industry. Then after, recording with Gautauba and DJ Play he met Daddy Yankee.

He began to work with Daddy Yankee and they were also known as Los Canaris. They released many albums but due to some personal issue they separated in 2004.

Again, he started working with Daddy Yankee on the album Prestige after eight years. Recently, they are seen in most albums. Therefore, he released “Hasta el Amanecer” on January 15, 2016, which contains the trademark catchy melodic hooks and also watched more than 1 billion times on Youtube. In FIFA World Cup 2018 he performed his song Live It Up with Will Smith and Era Istrefi.

With his hard work in the music industry, he achieved many awards. He won 13 times Billboard Latin Music Awards. In total, he won 30 times Awards and was nominated 105 times.

There is no information about his salary. His net worth is $5 million according to the sources.

He had a rumor that he was addicted to drugs and he also confirmed it.

Going with his body measurements, he has a height of 6 feet 1 inch and a weight of 84kg. His hair color is black and eye color is Dark Brown.