Updated On November 27, 2022 | Published By: Claude Payton
Share this
Single 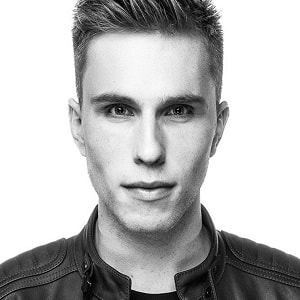 What is the relationship of Nicky Romero?

Nicky Romero dated an international model, Nathalie den Dekker, who was crowned as Miss Universe Netherlands in 2012. Their relationship started from April 2015. They used to post pictures of them together on Instagram. But, it was reported that they have decided to separate. Nick’s representatives as well confirmed their break up.

Who is Nicky Romero?

Nicky Romero, the birth name Nick Rotteveel, is a Dutch DJ, musician, record producer, and remixer. He is famous for his viral hit song ‘Toulouse’. He has been engaged with DJs like Fedde Le Grand, Sander van Doorn, Davis Guetta, Hardwell, and many more. He is ranked at number 50 on DJ Mag’s annual Top 100 DJs poll. His genres are EDM, electro house, pop, and progressive house.

Nick was born on 6 January 1989, in Amerongen, the Netherlands. His birth sign is Capricorn. He has had a great interest in music since an early age. There is no further information about his family and childhood.

In which school did Nicky Romero attend?

He first moved to Kingston, Ontario, Canada, and lived there for a year and returned back to Netherland to continue his education and he completed his final semesters in France.

He joined a marching band at a very early age and he hit his first snare drum at the age of six. He kicked off and he obtained his first drum kit and started banging as if there was no tomorrow. He used to practice drum day and night for the next three years. He was already flirting with the idea of making his own private music video.

Nick signed to Once Records and released the tracks ‘Privilege’ and “Qwerty’. He made a remix for Tony Cha Cha and Sidney Samson called ‘Get On The Floor’ that brought a storm in the publicity. He also produced his own interpretation song ‘When Love Takes Over, resulting in thousands of hits on YOUTube and posts on various musical blogs.

He released ‘My Friend’ and the song paved the way for Nick. The song became 4th place in the overall Beatport top 100 download chart. It became successful in making a top spot on the Dutch portal Dance-Tunes.

Nick has released his solo tracks like ‘Toulouse’. ‘Se7en’, and ‘Generation 303’. MTV named him an EDM artist to watch in 2012 after recognizing his talent. He produced songs like ‘I Could Be the One’, ‘Feet On The Ground’, etc. In 2018, he released a song with ROZES, titled ‘Where Would We Be’. His popularity has risen in recent years.

Nick has been awarded DJ Mag Highest New Entry Award in October 2012. There is no other information about his award and nomination.

How much does Nicky Romero earn?

Dutch Dj, Nick has a net worth of $10 million, and he has collected that amount from his music career. His salary is under review.

He has a height of 5 ft. 10 inches and he weighs 72 kg. His hair is dark brown and his eyes are also blue in color. There is no information about his dress size and shoe size.