Nicky Schillace is a Daytime Emmy Award-winning make up artist, writer, and producer. He is married.

Nicky Schillace is a married man. He has exchanged vows with an actress, Lauren Koslow.

The wedding took place on the 3rd of May 1987. The story behind their marriage is still a mystery. However, Nicky first met his future to be wife on the set of The Young and the Restless. Currently, the actress, Lauren plays as Kate Roberts for the TV series, Days of Our Lives since 1996.

Together, they are blessed with the three children including two daughters Milli Kate Schillace and Emilia Katari Koslow, and a son, Zachari Koslow Schillace. Zachari is also an actor by profession like his mother. 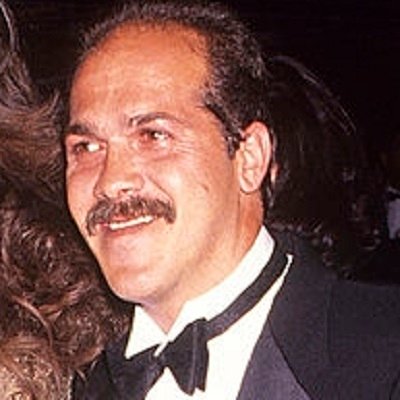 Who is Nicky Schillace?

Nicky Schillace is a Daytime Emmy Award-winning make up artist, writer, and producer. He is renowned as his make-up and hairdressing skills.

He is also the author of the A Makeup Man’s POV: A little book about Makeup.

Nicky Schillace was born in the United States. He is of British-Irish ethnicity.

To date, he has not shared any details regarding his birthdate, mother, father, and siblings.

In 1968, he joined Richmondtown Prep School in New York. From school, he graduated in 1971. Moving forward, he attended St. Johns University in New York City.

Back in 1973, Nicky Schillace started his career in the TV network, CBS as Head of makeup. For the network, he worked for 39 years till 2012.

He got recognized as a makeup artist after his work in the TV series, The Young and the Restless. Moving forward, he moved towards the TV movies including Single Women Married Men and When No One Would Listen.

Later, he worked with the TV series, Beverly Hills, 90210 as a head makeup artist. Altogether, they worked for 100 episodes for the series.

In April 2013, he joined the Coday Productions. For the production house, he works as the head of the makeup department of the TV series, Days of Our Lives. For the series, he was also awarded the Day Time Emmy in 2019. Currently, he is with the TV series.

Apart from the makeup, he has contributed his script for the TV series When Actor Need Money. Also, he was an executive producer for the same TV series too.

Besides that, he makes through royalties of his books too. His book, A little book about Makeup worth $6.99 on Amazon.

As of now, he has managed to far from any kind of controversy that created a buzz in the media. Similarly, there are no rumors related to him.

Nicky Schillace has black eyes with black hair. Details regarding his height and weight are not available.