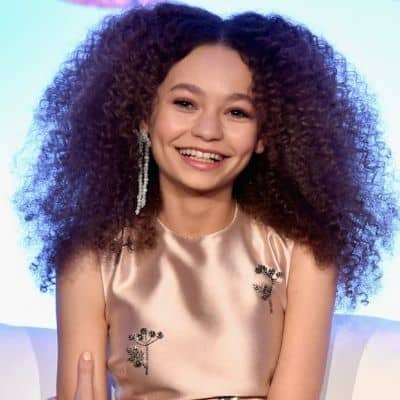 Who is Nico Parker Dating?

As there is no information about her dating life, we can safely assume that Nico Parker is not seeing anyone right now, and we can indeed say that she is unmarried.

For the filming of ‘The Last of Us.’, maybe she had been busy and focused more on her work and will explore her options after some time, but for now, we can conclude that Nico is single and unmarried.

Who is Nico Parker?

Nico Parker is a rising English actress. She is best known for portraying the role of Milly Farrier in the American fantasy film, ‘Dumbo’ in 2019.

Parker is best known to be the daughter of film director and screenwriter Ol Parker and actress Thandiwe Newton.

The rising star, Nico Parker was born in Kensal Rise, London England on 9 December 2004. As of 2022, Parker is 18 years old holding British nationality. She has an English ethnicity and according to the astrologers, her birth zodiac sign is Sagittarius.

Her father’s name is Ol Parker, who is a British director, producer, and screenwriter while the name of her mother is Thandiwe Newton who is a famous English actress.

She is the younger sister to her elder sister, Ripley Parker who is an accomplished writer. In addition, she also has a younger brother named, Booker.

In 2019, she made her acting debut by appearing as Milly Farrier in the American Fantasy film, ‘Dumbo.’ It was her major breakthrough as the appearance in the movie gained her worldwide recognition.

Similarly, in 2021, she has been cast as Zoe in the American science fiction film, ‘Reminiscence’ alongside her own mother.

Moreover, Parker is set to portray a guest appearance as Sarah in the upcoming American post-apocalyptic television series, ‘The Last of Us.’ The following series is considered to be the largest television production in Canadian history. The filming of the series began in July 2021 in Calgary, Alberta, and is supposed to end in June 2022.

In the series, she has shared the screen with Pedro Pascal, Bella Ramsey, Gabriel Luna, Anna Torv, Storm Reid, and others.

The young star has an estimated net worth, which ranges between 40 to 50K USD. At the moment Nico Parker’s yearly/monthly salary has not been disclosed.

The ‘Dumbo’ actress, has not been part of any serious rumors and controversies as she is able to maintain a very clean profile.

Nico Parker stands at the height of 4 feet 10 inches and weighs around 45 Kg. In addition, the pretty actress’s body measurements and sizes are not available.

Adding more, She has a fair complexion along with brown curly hair and eyes of the same color.

Nico Parker has an Instagram under the username, @nicoparkerofficial having more than 52.7K followers. Most recently she posted her picture showcasing Celine’s black bag on March 1, 2022.

The Truth Behind the Heart Chest Tattoo of Ol Parker’s ex Thandiwe Newton!